Sandra Bland poses for a photo.
Courtesy of the Bland Family/AP
By Tanya Basu

The family of Sandra Bland will file a federal lawsuit over the 28-year-old’s death in police custody, according to the family’s attorney.

The lawsuit, which will be filed in Houston on Tuesday according to KHOU, targets Brian Encinia, the white Texas state trooper who arrested Bland, “and others responsible for [her] death”, KHOU reports.

Bland was arrested on July 10 in Waller County, Texas, for failing to signal while changing lanes and allegedly kicking Encinia after being stopped. She was found dead in her jail cell three days later at the Hempstead prison facility where she was being held. A July 14 autopsy report ruled Bland’s death a suicide, and found she used a plastic bag to hang herself. Members of her family have said they do not believe the official explanation for her death.

Bland’s death and footage of the arrest, in which Encinia threatened Bland with a taser, have ignited protests and controversy over her treatment at the hands of the police. Officials released video last week showing Bland in jail to quell claims that Bland was hurt by the police. 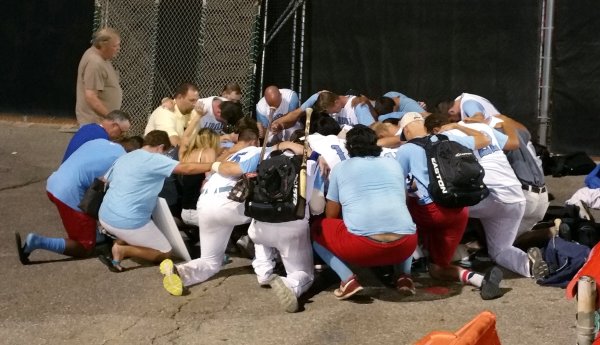 Father Pays Tribute to Batboy Killed By Practice Swing
Next Up: Editor's Pick