In this Aug. 2, 2015 photo, Liberal Bee-Jays teammates and staff gather after their game to remember Kaiser Carlile, their 9-year-old bat boy who died during a National Baseball Congress World Series baseball game in Wichita, Kan.
Taylor Eldridge—AP
By Maya Rhodan

The father of the 9-year-old batboy who succumbed to injuries he acquired after being hit in the head with a baseball bat spoke for the first time on Monday at a press conference.

“He was competitive, but in the same breath, he cared about everyone,”Kaiser Carlile’s dad Chad Carlile said, according to USA Today. “That’s what it is, it’s the love that he had for the game.”

Carlile was struck in the head by a Liberal Bee Jay’s player practice swing during the National baseball Congress World Series over the weekend. According to reports, Carlile was wearing a helmet when he was struck, but is believed to have been hit where he wasn’t protected.

The National Baseball Congress announced Monday it would not use batboys and bargirls for the remainder of the World Series games, which are being held in Wichita. 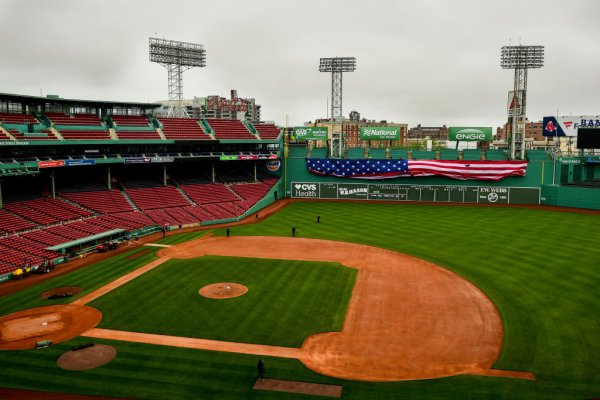