BBC Allowed to Return to Iran After 6 Years

The Iranian government has granted the BBC a licence to report in Iran for the first time in six year, it emerged Tuesday.

A crew from the British Broadcasting Corporation has been permitted to report on the nuclear deal reached between Iran and the international community last month in Geneva.

A spokeswoman for the BBC said that the corporation had not yet received any official correspondence from the Iranian government regarding broadcasting in Iran.

The BBC’s permanent correspondent in Tehran, the late Jon Leyne, was expelled in the aftermath of the contested 2009 presidential election after reporting on unrest in Iran. The BBC bureau was shut down. At the time hardline elements here claimed that the BBC was involved in stirring opposition to the regime and no BBC reporter has been allowed back into Iran until now. Even now the government has made it clear that they will be keeping tabs on the visiting crew who will be monitored by the police.

“They have given commitments that they will work within the rules and regulations we have set for them, and they must report in advance where they will be reporting from,” Noushabadi said.

The BBC’s permit to enter Iran could be a sign that the stringent laws set in place to keep foreign correspondents in check after the 2009 unrests are being relaxed following the historic nuclear deal.

However not all western correspondents here agree, “There has been no institutional change, the old limitations are all still in place,” says Ramin Mostaghim, the Los Angeles Times Tehran correspondent, “Visiting journalists still have to work with government appointed fixers and we all have to tip toe to avoid crossing red lines set by the state, it’s a potentially dangerous mistake to think that the situation has eased.”

The Washington Post’s Tehran correspondent Jason Rezaian has been in jail for more than a year after being accused of espionage by the Iranian government. 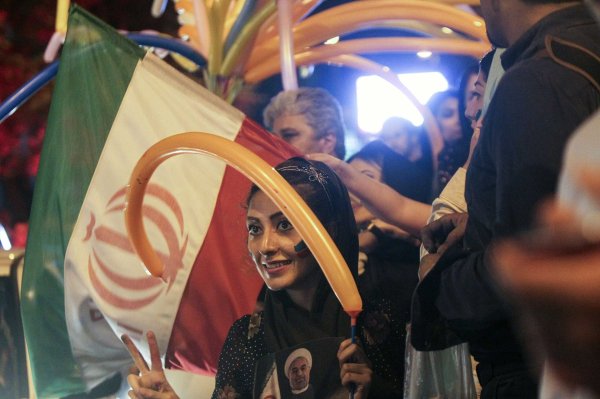 Iranians Hope for Prosperity from Nuclear Deal
Next Up: Editor's Pick