Video footage of a hitchhiking robot’s untimely demise at the hands of an American assailant surfaced online Monday.

Surveillance camera footage obtained by YouTube vlogger Jesse Wellens shows an unidentified Philadelphia man stomping on the robot early Saturday morning at 5:46 am. Wellens had previously posted a video of himself ferrying Hitchbot around Philadelphia.

Hitchbot was found last weekend with its arms torn free and its head missing. The amiable robot, which safely hitchhiked across Germany and Canada, lasted only two weeks in the U.S. 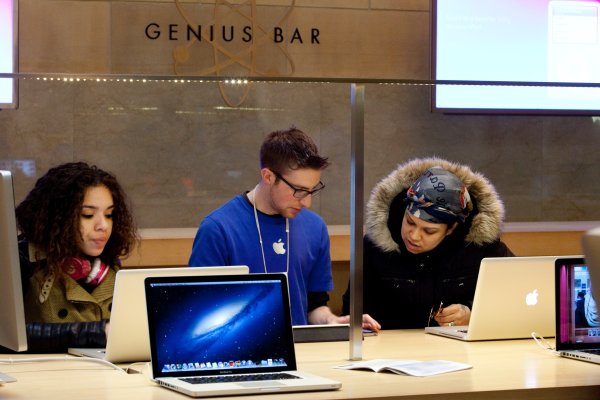 7 Secrets of the Apple Genius Bar Everybody Should Know
Next Up: Editor's Pick