Until now, visually impaired smartphone users have had to rely on Siri and other readers to find their way around the Internet and digital world, but a new device in development in South Korea may change their experience completely by instantly turning text messages and other information into braille.

The Dot, a device that straps around the wrist like a watch, uses magnets and a grid of pins to create four braille characters at a time that change at adjustable speeds, allowing users to read text messages and use apps on any device via Bluetooth.

Eric Ju Yoon Kim, co-founder and CEO of startup Dot, told Tech in Asia he hopes his company’s innovation will free blind people to interact with their devices on their own terms. “Until now, if you got a message on iOS from your girlfriend, for example, you had to listen to Siri read it to you in that voice, which is impersonal,” he said. “Wouldn’t you rather read it yourself and hear your girlfriend’s voice saying it in your head?”

That kind of technology is not groundbreaking, but transferring it to a mobile device certainly is — just like the price: computers using so-called “active Braille technology” can cost $3,000, while Kim says that when the watch arrives in the U.S. this December it will sell for less than $300.

“Ninety percent of blind people become blind after birth, and there’s nothing for them right now — they lose their access to information so suddenly,” Kim told Tech in Asia. “Dot can be their lifeline, so they can learn Braille and access everyday information through their fingers.” 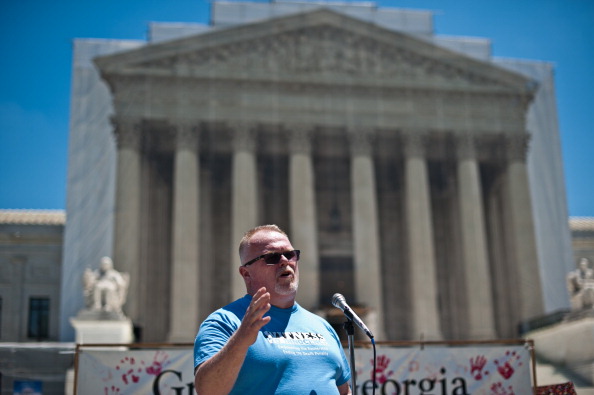 Why Some District Attorneys Are Trying to Prove Themselves Wrong
Next Up: Editor's Pick