A new 90-page report from Amnesty International titled You Killed My Son says law enforcement claimed the lives of 5,132 Brazilians in the city of Rio de Janeiro between 2005 and 2014, out of a total 8,466 killings in the state of Rio de Janeiro during that period.

It also makes the chilling allegation that 9 out of 10 police killings in 2014 and 2015 in one Rio favela, Acari, were “extrajudicial executions” — the intentional, illegal killing of a person after they have already surrendered or been apprehended.

Nearly 16% of Rio’s homicides in 2014 were committed by police officers, Amnesty alleges. Furthermore, the report suggests that these killings are by and large performed with impunity. Amnesty found that of 220 investigations opened into alleged police killings in Rio in 2011, “only one case led to a police officer being charged,” and that as of this past April, “183 investigations were still open.”

“The lack of adequate investigation and conviction of the perpetrators of police killings sends a message that these crimes are tolerated by the authorities, which in turn fuels a cycle of violence,” the report says.

The report comes almost exactly a year prior to the opening ceremonies of the 2016 Summer Olympics in Rio, which have attracted pre-emptive scrutiny for potential infrastructure, security and health risks. 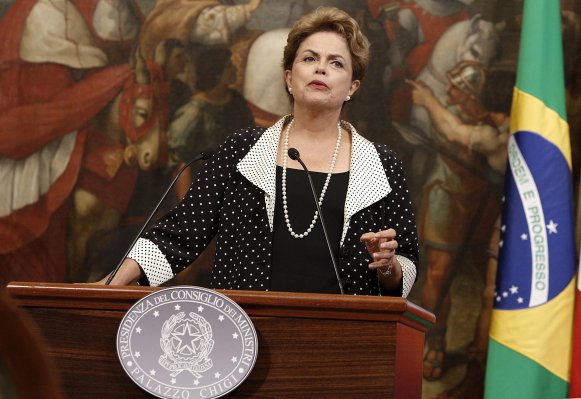 These 5 Facts Explain Brazil's Crippling Scandals
Next Up: Editor's Pick