Should I Eat Hot Dogs?

Ballgame or no ballgame, hot dogs aren’t hot in the health world, according to four of our experts.

Hot dogs deliver a nutritional assault in many ways: one typical fast food dog with ketchup and mustard contains 290 calories and 910 mg of sodium. (On the plus side, you’re also getting 11 grams of protein.)

The problem with hot dogs is how they’re processed. “While there is some debate about the health effects of pure meats, processed meats—and all hot dogs fall into that category, some more processed than others—are consistently associated with adverse health effects,” says Dr. David Katz, director of the Yale University Prevention Research Center. Diets high in processed meats have been linked with cancer, especially colorectal cancer.

Peter Clifton, professor of nutrition at the University of South Australia, puts it this way: “All data says processed meat is bad: more diabetes, higher mortality, more cardiovascular disease,” he says. His March paper published in the journal Metabolism found that processed foods are associated with an increased risk for type 2 diabetes compared to red meat, probably partly due to the way that iron interacts with the saturated fat, salt and nitrates—an added preservative—found in processed meats.

Nitrates are of particular concern with cured meats like hot dogs, says Mariana Stern, a cancer epidemiologist at the University of Southern California. Nitrates are salts added from synthetic chemicals or natural sources (such as celery juice, which you may find on the labels of so-called “uncured” or “nitrate-free” hot dogs). “Regardless of where the nitrates come from,” says Stern, “they can be converted by oral bacteria intro nitrites, which in turn can react in the stomach … to form N-Nitroso compounds, which are well-established cancer-causing agents.”

Antioxidants can halt this conversion, which is why most hot dogs contain vitamin C, Stern says. “However, the amounts in one hot dog may not be enough to prevent the accumulation of N-Nitroso compounds in people with diets high in meat overall, and in particular processed meats,” she says. “Studies show that the effects of processed meats might be more harmful in people with diets that are overall low in antioxidants.” Stern analyzed the diets of 1,660 people with bladder cancer and found that bladder cancer risk went up with processed meat consumption.

In an April study looking at the effects of nitrites in mice, “we have shown that addition of nitrite had a neutral, and maybe even protective effect on intestinal tumor development when part of a low-fat diet,” says Marianne Sødring, a PhD student at the Department of Food Safety and Infection Biology at Norwegian University of Life Sciences. “This may suggest that other factors have to be present for nitrite-processed meat to have a cancer-causing effect.”

There might be an easier way to lower the risks associated with processed meat—if you’re a rat, at least. Scientists, reporting their findings in the International Journal of Cancer, fed rats hot dogs and watched a particular biomarker for colorectal cancer; the hot dog diet indeed increased signs of this marker, but adding calcium to their diet lessened this effect. “If a rat’s diet is loaded with calcium, a hotdog diet does not boost cancer anymore in rats,” says study author Denis Corpet, professor of food hygiene and human nutrition in the French National School of Veterinary Medicine in Toulouse. “In people, this would translate in having a yogurt each time we get a pair of sausages.”

If you want to indulge in the occasional dog (plus or minus the yogurt), Sødring—the lone hot dog defender—has some parting words of encouragement. “As a bonus, from an environmental standpoint, one might say that hot dogs contribute to sustainable food production,” she says, “because a much larger part of the animal, not just the prime cuts, is utilized.”

Read Next: Should I Eat Pretzels? 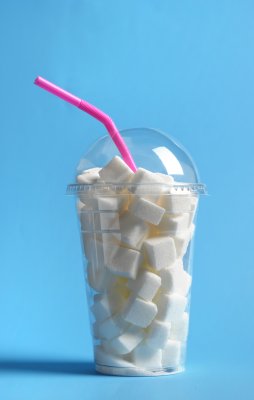 What Sweetened Beverages Do People Around the World Prefer?
Next Up: Editor's Pick