A frightening amount of drivers will fess up to texting while driving. One recent survey found that 70% of people will admit to using their smartphones at the wheel. Now a new study goes beyond bad behaviors to investigate the motivations behind them. When it comes to teen drivers at least, it appears the culprit is an ascendant cultural plague: FOMO.

FOMO, an acronym for fear of missing out, is not just another cloying bit of slang, report Liberty Mutual Insurance and the non-profit SADD, an acronym for Students Against Destructive Decisions. In their study of 1,622 high school juniors and seniors around the country, teen drivers said they feel pressure to respond immediately to texts even while driving and that they can’t help but peek at their phones when notifications pop up in their apps. The expectations of their “always on” lifestyles, the researchers say, have “potentially deadly consequences.”

“Today’s hyper-connected teens … may be more plugged into their devices than the actual driving task,” says William Horrey, principal research scientist at the Liberty Mutual Research Institute for Safety, in a statement. Teens may struggle to attend to everything they should on the road even without a smartphone, he says, because they are less experienced drivers. Once a device is thrown into the mix, messages and updates and videos and tweets become additional competitors for their attention, along with the radio, the climate controls or the hundred things happening outside the car.

In the study released Tuesday, more than half of teens said they text while driving in order to keep their parents updated and about one-fifth of them said they believe their parents expect a response within a single minute, even when they are at the wheel. (For their part, nearly 60% of 1,000 parents also surveyed for the study said they do not have a set expectation for response times.) About half of teens said they text more when they’re in the car alone than when others are in the car with them. The most popular apps they said they used while driving break down as follows:

The feeling that they must like an Instagram photo or reply to a Facebook comment the moment it’s posted not only makes teenagers distracted, the researchers say, but may contribute to their general fatigue. In their survey, 58% of teens said they had either fallen asleep or nearly fallen asleep at the wheel, and about half of them said they get only three to six hours of sleep per night during the week, often because they’re up staring into their smartphone screens. The effects of driving while sleepy, the researchers point out, are similar to those of driving under the influence; 24 hours without sleep can be the equivalent of three cocktails.

SADD was founded to stop young people from drinking and driving but has expanded its mission to combat an array of things that undermine young people’s health and safety. Their experts suggest parents act on data like this by talking to their kids, making it clear that it’s fine not to respond while they’re en route somewhere and making sure they get a decent amount of shuteye each night. “Today’s parents are juggling their own busy schedules, and too often young drivers’ risky habits go unrecognized,” says SADD’s Stephen Gray Wallace in a statement.

It appears they should also continue to pound away at the message being trumpeted by everyone from trauma centers to wireless carriers: It’s dangerous to use your phone while driving, and despite how you might feel at the time, whatever it is can wait. Nearly 90% of the teens who said they use apps on the road also said they consider themselves “safe” drivers, the study found, as did 60% of those who make calls. While many said they’re texting with purpose—to coordinate an event or update a friend—nearly 20% say they text while driving “just for fun.”

“It’s critical that parents focus on pinpointing these dangerous driving habits early on,” says Wallace, “and have frequent conversations with their children about what safe driving really means.” 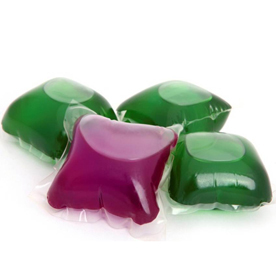 It Turns Out Laundry Pods Are Dangerous
Next Up: Editor's Pick