How to Change an Anti-Vaxxer's Mind

Elizabeth Renstrom for TIME
Ideas
By Jeffrey Kluger
Jeffrey Kluger is Editor at Large for TIME magazine and the author of ten books, including Apollo 13, Apollo 8 and two novels for young adults. He has written more than 40 cover stories for TIME on topics ranging from space to human behavior to climate to medicine. Along with others at TIME, Kluger is an Emmy nominee for the web series A Year in Space.

Let’s take a moment and praise anti-vaccine parents. Really. They’re wrong on the science, wrong on the politics, and deeply, morally wrong to deny their own children a simple disease preventive that they themselves likely enjoyed growing up. But like all parents everywhere, they’re acting on a simple, powerful impulse: to keep their children healthy.

That’s a very noble goal, but it’s also one of the things that makes it so bloody hard to change their minds on the topic of vaccines. Public service campaigns don’t work; nor do one-on-one explanations of why the rumors about a vaccine-autism link are wrong. In some cases, there is even a backfire effect: the greater the effort expended to persuade the anti-vaxxers, the more convinced they become that they’re right.

So it’s extremely good news that researchers at the University of Illinois Urbana-Champaign may at last have come up with a way to cut through the misinformation and get the truth across: Don’t just tell parents to vaccinate their children, show them what happens if they don’t.

In a study published in the Proceedings of the National Academy of Sciences, a team led by graduate student Zachary Horne recruited a sample group of 315 people—both parents and non-parents—and first conducted a simple survey designed to measure their pre-existing attitudes to vaccines. The subjects were asked to respond on a six-point scale, from “strongly agree” to “strongly disagree,” to five statements that included, “The risks of side effects outweighs any potential benefits of vaccines” and “I plan to vaccinate my children.”

All of the subjects were then divided into three groups: One group was given material to read about the latest research showing that autism and vaccines are in no way related. The second group was given a paragraph to read written in the voice of a mother describing what it was like when her child contracted measles; three pictures of children with measles, mumps and rubella; and written warnings about the importance of vaccinating children. The third group, serving as a control, read material on an unrelated science topic.

When the three groups’ attitudes to vaccines were tested again, the results were striking. Both the control and the so-called “autism correction” group showed a slight uptick in their approval of vaccines, but in neither case were the numbers terribly significant. The group that had learned about the wages of vaccine denialism changed markedly, however, with increased approval rates five times larger than those in the autism correction group and six times larger than in the control group.

“Rather than attempting to dispel myths about the dangers of vaccinations,” the researchers wrote, “we recommend that the very real dangers posed by serious diseases like measles, mumps and rubella be emphasized.”

As TIME reported in the Oct. 6, 2014 issue, this is precisely the approach that worked during the mumps outbreak in Columbus, Ohio last year. College students were nonchalant about getting vaccinated, but when they learned that the disease can lead to sterility in both men and women, they were a lot more inclined to step up for their shots. “I was pretty freaked out,” one Ohio State University student said. “I didn’t know mumps could lead to any of that.”

The power of the show-don’t-tell approach is nothing new. It’s the reason behind the anti-tobacco shock ads showing people dying of lung cancer, as well as the surgery fund-raising ads showing photos of babies with cleft lips. The trick in all of these cases is getting people to act fast. If too much time elapses between image and potential action, the power of the message is lost.

For that reason, Horne and his co-authors suggest that future research should look at the effectiveness of including the kind of counseling that was used in their study during routine well-baby visits, when vaccinating the child on the spot is an option. After all, the effect of scaring a parent straight may be temporary, but the damage done to a child who contracts a vaccine-preventable disease can be for life. 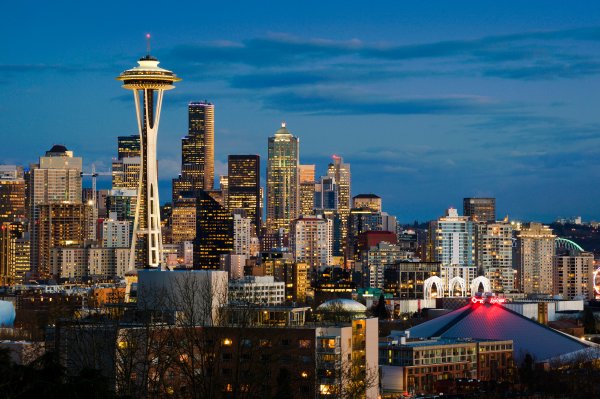