Looking forward to the next Deadpool trailer? Well, it’s not out yet. But a new trailer for the trailer might be able to tide you over until the real thing is released.

The pre-trailer shows the titular antihero, played by Ryan Reynolds, introducing himself rather dramatically while attempting to smoke a pipe through his costume’s mask. The character closes by announcing that his trailer is coming…tomorrow.

The actual trailer for the film will debut Tuesday when Reynolds appears on the TBS talk show Conan, according to The Hollywood Reporter. The film is set for an early release next year. 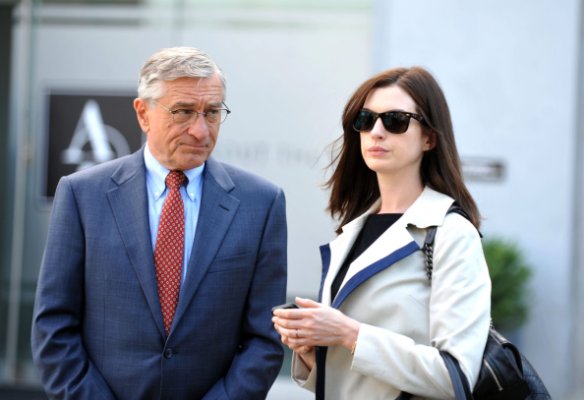 Watch Robert De Niro Work for Anne Hathaway in The Intern Trailer
Next Up: Editor's Pick