Homicides Are Spiking This Year After Falling for Decades

Since 1960, U.S. homicide rates have been falling—that is, until this year. Meanwhile, intimate-partner violence and child abuse affect up to 12 million and 10 million Americans, respectively, according to a survey released Tuesday in JAMA. Taken together, it paints a bleak picture for Americans’ safety, and it has violence prevention scholars trying to figure out what led to the changes—and when.

At the annual meeting of the Major Cities Chiefs Association on Monday, police chiefs grappled with the fact that some cities are seeing a 50% increase in murders compared with last year. Washington Metropolitan Police Chief Cathy Lanier pointed to the nation’s capital as an example: This time last year, D.C. had 69 homicides; this year, D.C. has seen at 87 homicides. Nearby Baltimore tallied 42 homicides in May alone, with 45 in July. And in Chicago, there have been 243 homicides this year so far—a 20% spike from last year.

Until 2012, “we saw decreases for homicide and aggravated assault,” says Dr. Debra Houry, a co-author of the JAMA study who works with the CDC’s National Center for Injury Prevention and Control. “It’s promising because it shows that violence is preventable.”

But Andrew Papachristos, a professor of sociology at Yale and a criminal justice expert who has focused much of his research on Chicago’s gang and gun violence, says that JAMA‘s findings may not offer a nuanced enough picture of what’s going on in the United States, because it looks at general trends across the country. While on average crime might have fallen until to this year, some cities, such as Chicago and Milwaukee, are still facing severe problems with violence, particularly in certain areas of the city. Indeed, within cities, “the rates of violence across neighborhoods can be exponentially higher in certain areas and almost zero in others,” he says.

Policy changes can make a difference, says Papachristos. Programs that aim to decrease unemployment, particularly among African Americans, is a critical policy adjustment, he says, since unemployment is correlated with gun violence. He also cites outdated gun laws as part of the problem.

One policy bright spot was found in a study released by the American Journal of Public Health earlier this summer, which looked at Connecticut’s permit-to-purchase handgun law as a case study. The law dates to 1994 and it requires gunowners to purchase a license prior to acquiring a handgun. The state would only allow people to buy guns if they passed a background check and gun-safety course. The result? Connecticut residents can credit the law for a 40% reduction in gun-related homicides. (Of course, in a dreary statistic that illustrates Papachristos’ point, it’s not down everywhere in the state; Hartford is experiencing a massive surge in gun violence this year.)

But even with some signs of promise, any changes to law or policy might come too late for many victims of American crime this year. Criminal justice expert Rod Wheeler told Fox that America is snowballing into the most violent summer the country has seen in decades.

“I said this back in June, that we’re going to have a long, hot, bloody summer,” he said. “And unfortunately, it’s coming to pass.” 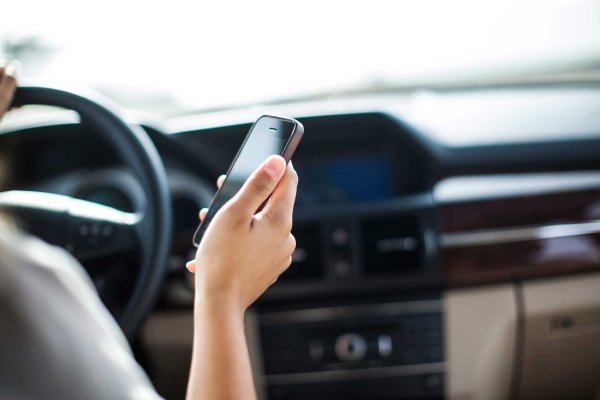 FOMO Is Making Teens Terrible Drivers
Next Up: Editor's Pick