This handout picture taken on March 24, 2014 by Thailand's only earth observation satellite and released on March 27, 2014 by the Geo-Informatics and Space Technology Development Agency of Thailand's Ministry of Science and technology shows floating objects in the southern Indian Ocean, thought to possibly be part of missing Malaysia Airlines flight MH370.
Geo-Informatics/AFP/Getty Images
By Charlie Campbell

A Thai satellite has detected about 300 objects in the southern Indian Ocean that could be “potentially linked” to missing Malaysia Airlines Flight 370, officials said, but search efforts were once again suspended Thursday as bad weather continued to hamper air and sea operations.

Torrential downpours, blustery winds and “near-zero” visibility bedeviled the search zone, some 1,550 miles (2,500 kilometers) southwest of Perth, Western Australia. None of the 122 objects spotted by satellite before Thursday have yet been recovered, with officials complaining of being “beaten up” by the treacherous conditions.

“Anybody who’s out there is coming home and all additional sorties from here are canceled,” said Lieutenant Commander Adam Schantz, the officer in charge of the U.S. Navy Poseidon P8 maritime surveillance aircraft detachment.

Eleven planes and five ships were slated to scour the area on Thursday for the missing Boeing 777-200, which vanished in the early hours of March 8 after departing Kuala Lumpur for Beijing with 227 passengers and 12 crew on board. Malaysia says new analysis of maintenance pings by British firm Inmarsat indicates the 200-ton, twin-engine jet crashed into the sea and that no one would have survived.

Despite the stormy conditions, a sixth ship is currently en route to the area equipped with a U.S. Pinger Locator, which will be used to track down the black box flight recorder — assuming flotsam is positively identified. Accessing the recorder is crucial to determining what caused the plane’s disappearance, but the race is on as the battery in its transponder only has around two weeks left to run.

Once any detritus is recovered, deciding whether it came from the 11-year-old aircraft should be fairly simple, says Jason Middleton, an aviation professor at the University of New South Wales in Sydney.

“Marine biologists will be able to tell with a moment’s look whether objects are from the airplane or not, simply by the extent of barnacle growth,” he tells TIME. “Barnacles grow on floating objects at a certain rate, and drug dealers have been caught with this sort of evidence.”

New data has significantly reduced the daunting search zone, but it remains roughly the size of Alaska.

MH370 vanished from civilian radar screens less than an hour after taking off from at 12:41 a.m., and apparently crossed over peninsular Malaysia before heading south. Investigators have concluded someone shut off the plane’s communications systems and changed course “through deliberate action.” Theories still being explored include hijacking, terrorism, on board fire, technical malfunction or even possible suicide by one of the pilots.

On Thursday, the son of Captain Zaharie Ahmad Shah broke silence to defend his father’s reputation during an interview with the New Straits Times. “I’ve read everything online. But I’ve ignored all the speculation,” said language student Ahmad Seth, 26. “I know my father better.”

Relatives of the passengers have meanwhile become increasingly vocal in their criticism of Malaysia’s conduct of search operations. Families marched on the Malaysian Embassy in Beijing Wednesday to voice their anger, while Sara Weeks, the sister of a missing New Zealand passenger, told Radio Live in New Zealand that “The whole situation has been handled appallingly, incredible insensitivity, lack of information.”

The parent of another missing passenger has launched a law suit in the U.S. against Malaysia Airlines and Boeing, through the same Chicago law firm that is handling the cases of passengers who were aboard Asiana Airlines Flight 214 when it crashed in San Francisco last July.

The families of seven passengers have so far received $671,600 from China’s largest insurer, China Life, and a further 25 clients were aboard the flight. Total compensation to be paid by the company is estimated at around $1.4 million. 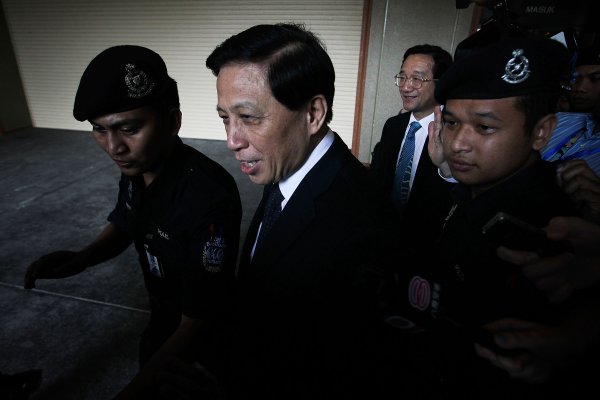 What the Missing-Jet Tragedy Shows About China's Attitude Toward Southeast Asia
Next Up: Editor's Pick