Perhaps India Shouldn't Get Too Excited About Reparations

Indian politician and celebrated novelist Shashi Tharoor caused a mini-sensation late last month when he went before the Oxford Union, a debating society in England’s prestigious eponymous university, and argued that Britain needed to give India reparations for “depredations” caused by two centuries of colonial rule. It was a virtuoso performance — almost pitch perfect in substance and delivery — that handily won him the debate in England and made him a national hero at home.

But the most eloquent point that emerged in the debate is one he didn’t make: While Brits are grappling with their sordid past by, say, holding such debates, Indians are busy burying theirs in a cheap feel-goodism.

Colonialism, without a doubt, is an awful chapter in human history. And Tharoor did a brilliant job of debunking the standard argument of Raj apologists that British occupation did more good than harm because it gave India democracy and the rule of law. (This is akin to American whites who argued after the Civil War that blacks had nothing to complain about because — as the Chicago Tribune editorialized — in exchange for slavery, they were “taught Christian civilization and to speak the noble English language instead of some African gibberish.”)

“Let me say with the greatest possible respect, it’s a bit rich to oppress, enslave, kill, maim and torture people for 200 years and then celebrate the fact that they are democratic at the end of it,” Tharoor said. Indeed. And then he demanded that Britain pay India one pound every year for the next 200 years in token reparations to atone.

But an elementary rule of moral logic is that if India is going to demand reparations for sins done against it, it should also be willing to pay reparations for those it has done. And, if that’s the case, then India might be handing out many more “one-pound” bills to many more groups for many more years than it receives.

This was a debate, so one wouldn’t expect Tharoor to bring up uncomfortable facts that go against his case (although his Indian peanut gallery, which includes the Indian Prime Minister Narendra Modi, is gushing over his remarks as nothing but the whole, unvarnished truth). But if he were honest he’d admit that Congress, the party that he represents and that has governed India for most of its post-Independence history, has far from clean hands. Set aside the License Raj that its misguided Fabian Socialism — eagerly borrowed from the very British colonialists whom he lambasted — foisted on the country, smothering its enterprise and economy. Set aside also the rampant, top-to-bottom corruption in its ranks that have enriched its apparatchiks and bureaucrats while beggaring the rest of the country and deepening its poverty. Set aside too the reign of terror that its leader, Prime Minister Indira Gandhi, unleashed during “The Emergency” when she suspended democracy, cracked down on dissidents and launched a notorious campaign of forced sterilization to control population, among many other draconian measures.

Focus just on the three bloody days in 1984 (that I covered as a reporter at a local newspaper) when local Congress Party leaders led a murderous rampage against Sikhs in New Delhi, India’s most advanced cities, to avenge the assassination of Indira Gandhi by her Sikh bodyguard. Men and women beaten to death or burnt alive, their homes and businesses destroyed. The final death toll was over 3,000.

Few of the perpetrators were ever brought to justice and many of the victims were never offered anything resembling adequate “reparations.” Shockingly, Congress didn’t pay any political price for the bloodshed.

And neither did its rival Bharatiya Janata Party for the 2002 pogrom against Muslims in Gujarat. In fact, Modi, who was the chief minister of the state when the pogrom happened, went on to become the prime minister of the country 12 year later even though his own party’s functionaries were linked to the brutal death of nearly 1,000 Muslims. And, again, key perpetrators got off scot-free and many of the destitute victims saw little in “reparations.”

Reparations make sense when it is still possible to identify the individual victims of political or social violence. But if paying collective reparations for collective guilt is appropriate, then how about India “atoning” for thousands of years of its caste system? This system has perpetrated “depredations” arguably worse than those of colonialism or apartheid against India’s dalits — or untouchables — and other lower castes. And despite what Hindu denialists claim, this system remains an endemic part of everyday life in many parts of India. Indeed, much like the Jim Crow south, local village councils even today severely punish inter-caste mingling and marriage, even issuing death sentences against young men and women who dare marry outside their caste.

None of this is meant to single out India. Alexis de Tocqueville, the great French philosopher, who visited America in the early 19th Century, expressed astonishment at how Americans could blithely both claim to love liberty and defend slavery without any sense of contradiction. Every civilization has its stock of virtues and vices, ideals and transgressions. Moral progress requires each to constantly parse its history and present to measure how far it has come and how far it must go to bridge the gap between its principles and practices.

This requires a great deal of humility. The very fact that Tharoor could debate the issue of reparations in England — at England’s invitation — and receive hearty applause when he took pugnacious jibes such as the “reason the sun never set on the British empire was because even God could not trust it in the dark,” shows just how much progress the British have made in purging their past demons.

When India’s Congress Party listens to Sikhs or the BJP hears out Muslims or upper caste Hindus entertain dalits with as much good cheer as the British received Tharoor’s insults, we’ll know India has caught up with England on the journey to “atonement.”

Tharoor might have won the debate — but moral victory eludes India. 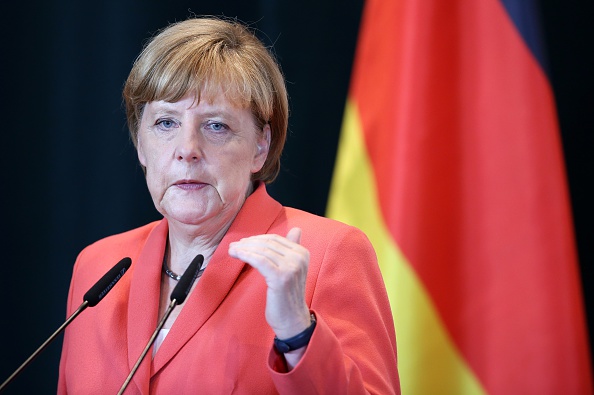