After Three Grim Accidents in a Week, Is It Even Safe to Ride on a Chinese Escalator?

A woman walks next to escalators at a department store in Shanghai, March 8, 2015.
© Aly Song / Reuters—REUTERS
By Rishi Iyengar

A 35-year-old employee of a shopping mall in Shanghai had to have his left leg amputated on Saturday after a part of the escalator he was cleaning collapsed underneath him, according to state-linked newspaper Global Times. It was the third such mishap in China within a week.

Exactly a week earlier, video of 30-year-old mother Xian Liujuan went around the world after the escalator she was traveling on, in a department store in the central province of Hubei, suddenly gave way. She was able to push her young son before being sucked into the machinery and killed. On Friday, a toddler’s arm got caught in an escalator, this time at a mall in the southern Guangxi region, when he tripped after wandering away from his parents. His mangled arm was pulled out 30 minutes later.

These three accidents have led to heightened concerns and scrutiny of the country’s aging escalators and elevators, many of which are not up to acceptable safety standards. A report by the country’s Administration of Quality Supervision, Inspection and Quarantine (AQSIQ), cited by the state Xinhua news agency, found that more than 110,000 escalators have potential safety issues of which over 26,000 have not yet been repaired.

The AQSIQ said there were 49 escalator accidents in 2014 that claimed 37 lives, the Global Times said, citing Xinhua. The accidents were generally caused by poor design, the use of substandard materials, installation and maintenance, China Elevator Association official Zhang Lexiang told the Global Times.

According to the website china.org.cn — a government portal run by the State Council Information Office — figures from the China Elevator Association show that more than half of all accidents involving elevators and escalators are connected to maintenance and repair neglect.

Zhang Huaiji, an engineer with the Shenzhen Institute of Special Equipment Inspection and Testing, told the site that there were not enough inspectors for China’s many escalators and elevators, and added that low wages and long hours were leading many maintenance workers to leave the field.

The central government has ordered all its provincial authorities to ensure that escalators in every mall are functioning properly by Aug. 10. Chinese citizens are meanwhile taking no chances. Images and videos of their ways of dealing with escalator-phobia, being shared on Chinese social media (and excerpted here by BuzzFeed), range from practical to hilarious to risky. 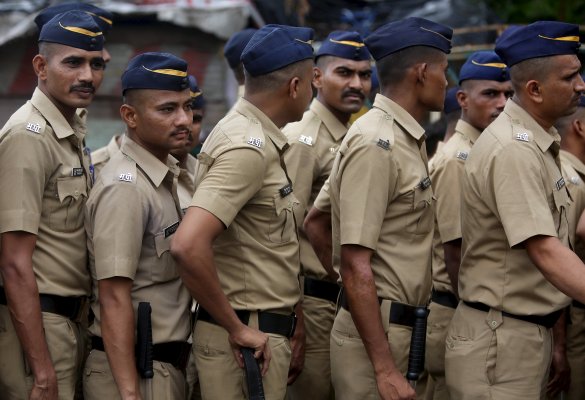 Most of India's Execution Records 'Lost or Destroyed by Termites'
Next Up: Editor's Pick