Indian policemen stand guard near the residence of Yakub Memon, in Mumbai, India, July 30, 2015. India hanged Yakub Memon on Thursday for his role in the country's deadliest bombings, which killed 257 people in Mumbai in 1993.
Shailesh Andrade—Reuters
By Nash Jenkins

There is a significant dearth of official information concerning Indian death penalty cases, according to a New Delhi university legal researcher who is now struggling to complete the first comprehensive study on capital punishment in the country.

Anup Surendranath, the professor at the Indian capital’s National Law University spearheading the research project, said that prisons across India responded to record requests by claiming many documents had been “lost or destroyed by termites.” Among the missing files are the 2001 mercy pleas of four men convicted in the 1992 Bara Massacre, a mass murder carried out by Maoist insurgents in the Eastern Indian state of Bihar.

Though records confirm that capital punishment has a prominent position in India’s judiciary history — at least 1,400 executions occurred between 1953 and 1963 alone — the country’s prisons could only provide data on 765 cases between Indian independence in 1947 and the present day.

“There’s a complete lack of information — they don’t even have the names of the prisoners, let alone the official files,” Surendranath told TIME. “It just shows the callousness of the record-keeping system in the jails.”

The task of documenting the activity of the country’s gallows is left to the individual prisons, he said, with “no central authority correlating this [information].”

The absence of relevant data has limited the National Law University’s study to ongoing capital cases — those where the prisoner continues to wait on death row. Execution is an increasingly rare sentence in contemporary India, with only four prisoners hanged in the country since 2000. One of which came just last week, when the country’s Supreme Court finally moved to hang Yakub Memon, the “driving spirit” behind the 1993 terrorist bombings in Mumbai, the deadliest in the country’s history. The execution, carried out on Memon’s 53rd birthday, followed a drawn-out legal debate.

Surendranath, who resigned on Friday from his position as the Supreme Court’s Deputy Registrar of Research, has been an outspoken critic of the death penalty in India, actively speaking out against Memon’s planned execution. Though he declined to comment to TIME on his resignation, he posted on Facebook that he stepped down to “focus on death penalty work at the University.”

“It is in many ways liberating to to regain the freedom to write whatever I want and I hope to make full use of that in the next few days to discuss the events that transpired at the Supreme Court this week,” he wrote. The post came a day after one that declared the rulings to execute Memon as “instances of judicial abdication that must count amongst the darkest hours for the Supreme Court of India.”

He told TIME that his research team would release its official report on Indian capital punishment later this month. 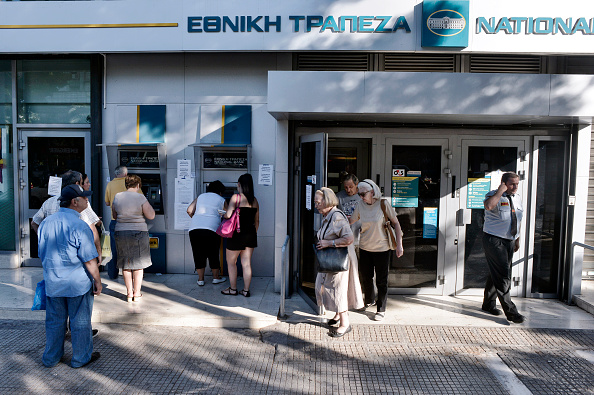 Athens Stock Exchange Drops 22.8% at Reopen
Next Up: Editor's Pick