The Canadian Prime Minister Has Called a General Election

Harper officially dissolved Parliament Sunday after a visit to the country’s Governor General, the Associated Press reports. Polls are due Oct. 19.

The Conservative Party of Canada leader is vying for a fourth term in power. “This is no time for risky plans that could harm our future,” Harper said in a statement. “It is time to stay the course and stick to our plan.”

The economy and terrorism threats are likely to define the election campaigns, the Guardian reports.

The Canadian economy has been rocked by this year’s dramatic global drop in oil prices and subsequent devaluation of the Canadian dollar. There has been constant speculation over whether the country will soon enter a recession. Canada also faced a handful of terrorism threats this year, including a gunman attack on the Parliament buildings in Ottawa, the country’s capital.

The New Democratic Party (NDP), currently in opposition, is expected to be the most serious challenger to Harper’s Conservatives; the Liberal Party, headed by Justin Trudeau, son of former Prime Minister Pierre Elliott Trudeau, looks set for third place on current polling.

“We will kick-start the economy and get Canadians back to work,” said Thomas Mulcair, the leader of the NDP, according to the Guardian. “This is our No. 1 priority.”

Analysts are expecting a minority government regardless of who ends up getting the most votes, the AP reports.

Most Popular on TIME
1
Inside New York City’s Mass Graveyard on Hart Island
2
Who Should Be TIME’s Person of the Year for 2020? Vote Now
3
What to Know About Hillbilly Elegy 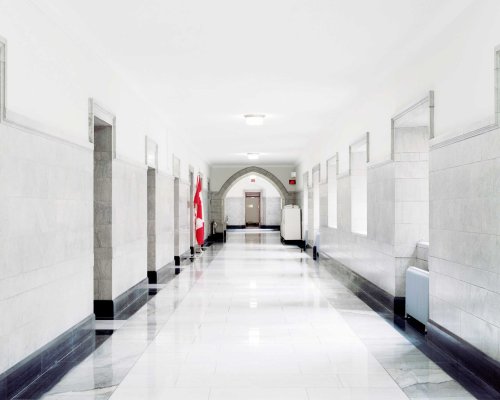 See the Places of Power at the Center of Canada's Controversial Anti-Terror Law
Next Up: Editor's Pick