Protesters wear bras during a demonstration outside the police headquarters in Hong Kong on August 2, 2015.
Philippe Lopez—AFP/Getty Images
By Rishi Iyengar

Around 200 protesters staged a demonstration in front of Hong Kong’s police headquarters on Sunday, wearing and waving bras and carrying placards to protest the recent conviction of a woman for assaulting a police officer with her breast, the South China Morning Post reports.

Ng Lai-ying, 30, was sentenced to three and a half months in jail last Thursday. Authorities say she intentionally pushed her breast against officer Chan Ka-po — while participating in a demonstration against cross-border trading in March — in order to falsely accuse him of molesting her.

Video from the demonstration at which Ng was arrested appears to show her with a bloody nose. There has been no word on what injuries officer Chan suffered.

Luk Kit-ling, a spokeswoman for the march, told the Post that Ng’s conviction was “shocking and regrettable” and expressed fears that it would “deter women from taking part in social movements and deprive them of the right to take part in political activities.”

Many male activists on the march donned bras as an expression of solidarity with Ng, who is currently free on bail pending an appeal. Protesters chanted “A breast is not a weapon.” 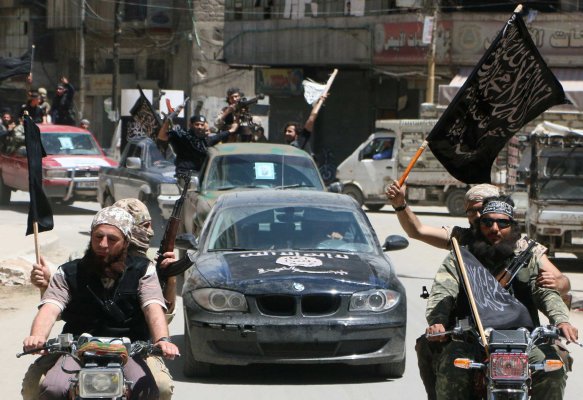 Capture of U.S.-Trained Fighters Sets Back ISIS Fight
Next Up: Editor's Pick