Eco-friendly Honest Company’s sunscreen may be “naturally derived,” “unscented” and “non-toxic,” according to the company’s website, but now some users on social media are claiming that it doesn’t work.

The sunscreen, promoted by sometime-movie-star Jessica Alba’s wildly successful baby product company as “providing the best broad spectrum protection for your family,” is getting bad reviews by users online, many of whom are posting painful-looking sunburn photos they say they took after using the product.

In a statement to the Today Show, the Honest Company stressed that the sunscreen is tested by an independent third party with positive results and that “the number of complaints received on our own website about our Sunscreen Lotion constitute less than one half of one percent of all units actually sold at Honest.com. We stand behind the safety and efficacy of this product.”

A country-wide investigation by NBC5 in Chicago found that the sunscreen’s formula was changed at some point, reducing to 9.3% non-nano zinc oxide from 20%. (The majority of zinc oxide sunscreens list their active ingredients at 18 to 25%). Still, the company says it added other components to make up for the difference in zinc.

“The Honest Company has been transparent about the amount of zinc since the new formula came out in early 2015 as seen on the website and the new formula’s packaging,” the company told Today.

Read next: You Asked: Is Sunscreen Safe —and Do I Really Need It Daily? 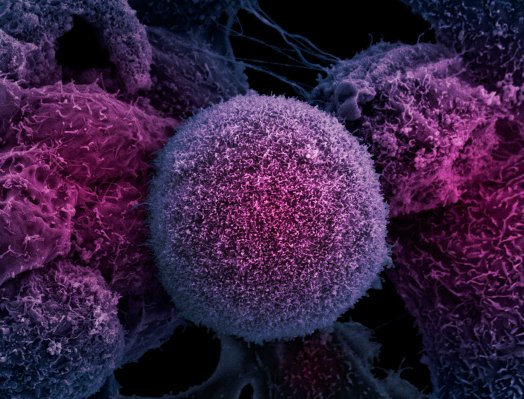 Black Men are Twice as Likely to Die of Prostate Cancer as White Men
Next Up: Editor's Pick