Olivia Munn has already shown that she knows her way around a katana blade, but now she’s throwing down some serious martial arts moves. The actress portraying the mutant Psylocke in X-Men: Apocalypse continues filming ahead of a May 27, 2016, release date, and her latest video update posted to Instagram shows she’s ready to kick some butt.

Psylocke is known for her impressive hand-to-hand (and foot-to-face) combat skills, and Munn’s video, posted Saturday, shows her executing a rapid sequence of kicks.

EW revealed a first look at Munn’s Psylocke alongside her fellow Horsemen — Storm (Alexandra Shipp), Archangel (Ben Hardy), and Magneto (Michael Fassbender) — as well as the title baddie, Apocalypse (Oscar Isaac). As she said during Comic-Con, “It really doesn’t feel real. It’s a very cliché thing to say, but it’s just a really surreal thing when you’re on set.”

Check out her impressive fighting skills in the video below. 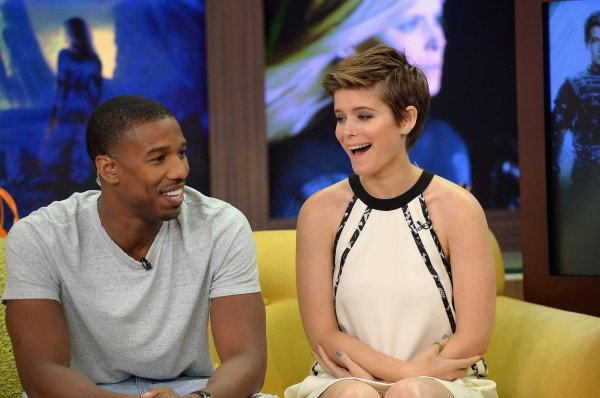 Watch How Kate Mara and Michael B. Jordan Handle This Awkward Fantastic Four Interview
Next Up: Editor's Pick