Conservative billionaire Charles Koch is predicting average American incomes of $100,000 annually in roughly a decade if government is scaled back and regulations are scrapped.

One way to get there? Building and using more bombs, he jokingly told about 450 donors to the political network he backs.

“I think we can have growth rates in excess of 4%. When I’m talking about growth rates, I’m not talking about that GDP, which counts poison gas the same as it counts penicillin,” the 79-year-old industrialist said, veering off his prepared remarks. “What a monstrous measure this is. If we make more bombs, the GDP goes up — particularly if we explode them.”

His audience laughed, clearly getting the joke.

“Maybe we make more bombs,” he said, trailing off. “I’m just kidding. I won’t go there.”

Koch was making the broader point that economic growth compounds from year to year. A modest gain early pays greater dividends later. To that end, Koch is trying to make 4% a target for growth.

Koch is meeting with his allies in tony Orange County, Calif., for a three-day retreat. Participants in sessions ponied up $100,000 and most will shell out much more than that before the weekend is over. All told, Koch’s umbrella organization, Freedom Partners, plans to spend almost $900 million before the 2016 elections.

Note: The headline on this story has been updated to more accurately reflect the content of the article. 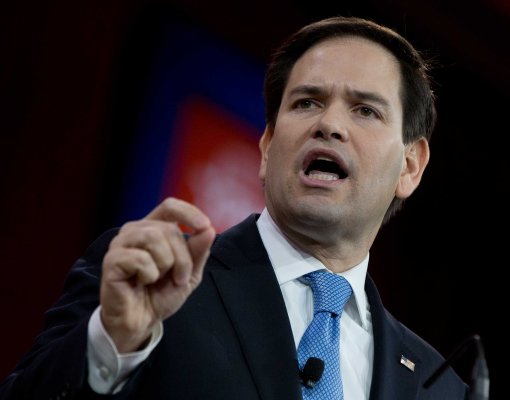 Rubio: Iran Could Bomb California Within a Decade
Next Up: Editor's Pick