Obama to Unveil 'Most Important Step' Ever to Combat Climate Change

The White House plans to unveil regulations on Monday to dramatically curtail greenhouse gas emissions from power plants and eventually revamp the country’s energy industry. The regulations, billed by the President Obama as “the biggest, most important step” ever taken to address climate change, play a key role in the President’s aim to make combatting climate change a priority of his final months in office.

The Environmental Protection Agency rules, finalized versions of 2012 and 2014 proposals, call for a 32% reduction in carbon emissions from power plants by 2030 from 2005 levels. The White House projects that the rules will drive increased investment in renewable energy, leading to 30% more clean energy generation by 2030 and a dramatic reduction in coal power.

“No matter who you are, where you live or what you care about, climate change is personal and it’s affecting you and your family today,” EPA Administrator Gina McCarthy told reporters Sunday on a conference call.

The rule sets carbon emissions reductions standards for each state to meet based on the current makeup of the state’s energy sources. Under the regulation, each state will be allowed to determine how it meets those standards, whether by targeting specific plants or making changes across the board. The plan also includes an incentive program to provide federal funds for states to develop clean energy.

The plan has already been met with intense criticism from the oil and gas industry, including the promise of legal challenges. Republicans in Congress, as well as state governors, have taken up the mantle of challenging the rule saying that it would harm the economy. Senate Majority Leader Mitch McConnell sent letters to governors across the country in March providing the legal arguments to suggest that the federal government lacks the authority to mandate such reductions.

“This proposed regulation would have a negligible effect on global climate but a profoundly negative impact on countless American families already struggling,” McConnell wrote in a March op-ed in the Lexington Herald-Leader. “The regulation is unfair. It’s probably illegal.”

The White House and environmental advocates have argued that the rule would stimulate the economy and create tens of thousands of jobs. Asked whether the EPA has the legal authority to implement the rule, McCarthy said that the agency had considered the legal issues and the measure is “legally a very strong rule.”

Monday’s news is one of many expected announcements from the White House designed to elevate the issue of climate change in the U.S. The President will highlight the issue in his meeting with Pope Francis this fall and his travel to Alaskan Arctic, and has announced a number of new policies and partnerships. All told, the attention is meant to position the U.S. as a leader in fighting climate change in the lead up to a United Nations conference on climate change in December.

MORE Here’s Where to Buy a House In the U.S. That Will Be Resilient to Climate Change 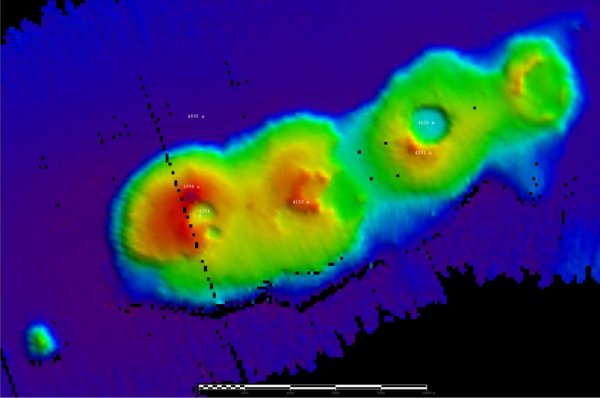 Scientists Stumble Across Extinct Volcanoes in Australia
Next Up: Editor's Pick