The Temperature in This Iranian City Just Hit 164 Degrees

A heat wave passing over the Middle East sent temperatures skyrocketing to extreme levels in Iran over the weekend — so high that one city almost broke a world record.

The heat index in Bandar Mahshahr, a city of over 100,000 atop the Persian Gulf, reached an astonishing 164 degrees (73 Celsius) on Friday afternoon , according the Weather Channel. The heat index is also known as the “feels-like” temperature, which combines air temperature with relative humidity, which soars during the summer due the city’s proximity to water.

In Iraq, air temperatures continued to exceed 120 degrees (49 Celcius) for the eighth day in a row on Sunday, according to the Weather Channel. The heat had become so scorching on Thursday that the Iraqi government mandated a four-day holiday. 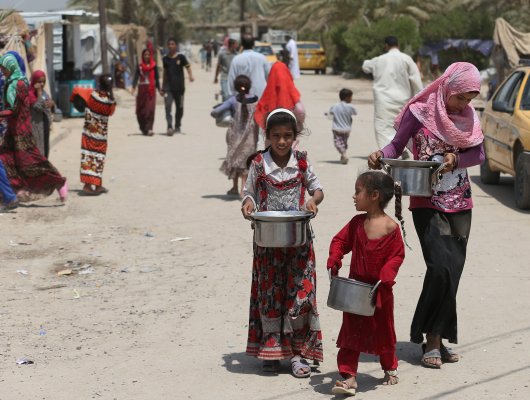 This Is the World's Hottest City Today
Next Up: Editor's Pick