Scott Walker Still Isn't Sure If President Obama Is Christian

“I don’t know,” the Republican presidential candidate said Saturday during an appearance before 450 donors to the political network backed by conservative billionaires Charles and David Koch. “I presume he is,” Walker continued when asked if he has had time to check since he set off a firestorm in February when he couldn’t answer if the President is Christian.

“You’re not going to get a different answer than I said before,” Walker said toward the end of a Q&A session moderated by Politico’s Mike Allen. Walker said he’s never asked Obama about his faith. “As someone who is a believer myself, I don’t presume to know someone’s beliefs about whether they follow Christ or not unless I’ve actually talked with him.”

Obama is Christian, attends Christian services and has spoken frequently about his Christian faith. During his 2008 campaign, he was held to account for statements made in his Christian church in Chicago. His harshest critics often—wrongly—contend that he a is Muslim.

That’s not enough to settle the matter definitively for Walker. This is as far as he would go: “He said he is, and I take him at his word.” 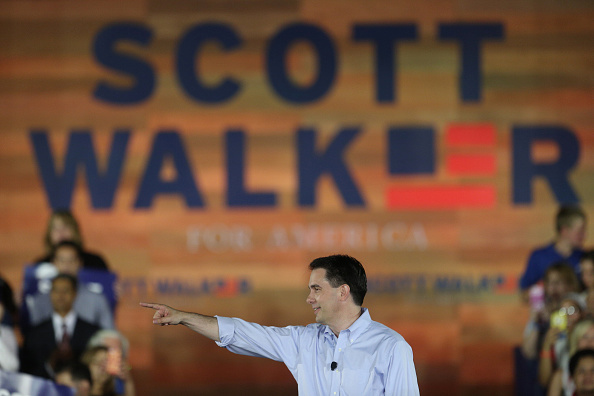 Scott Walker Speaks to Nation, Aims at Iowa
Next Up: Editor's Pick