Conservative billionaire Charles Koch told his ultra-rich friends that they face a “life and death” decision whether to keep lobbying for tax breaks and government subsidies.

“Business leaders (must) recognize that their behavior is suicide, that it is suicide long term. To survive, long-term, they have to start opposing, rather than promoting, corporate welfare,” Koch told about 450 allies at an Orange County, Calif., summit that began Saturday.

With the Pacific Ocean behind him and friendly CEOs sipping wine nearby, one of the biggest political donors in the country said it is time for conservatives to start eschewing tax breaks.

“Obviously, this prescription will not be an easy pill for many business people to swallow. Because short term, taking the principled path is going to cost some companies some profits, as it will for Koch Industries,” the 79-year-old Koch said. “But long term, it will allow business people to continue to own and run their businesses, which none of us will be able to do, in my view, in the future otherwise.”

He pointed to big banks that took “virtually free money from the Fed” and bailouts in exchange for regulations. “Now, the chickens are coming home to roost,” Koch said. “The Fed is taking control of these banks. The Fed now decides what businesses they can be in and how they run those businesses.” Koch said “regulators, auditors, controllers” are implanted at the banks to keep tabs. The banks, Koch argued, end up making political donations to avoid too much oversight.

Koch warned that other businesses would be next if their leaders continue taking government subsidies. “This means stopping the subsidies, mandates and special privileges for business that enriches the haves at the expense of the have-nots,” Koch said.

It’s that class distinction that Koch has made the focus of seminars at the luxurious resort. “In my view, we’re heading toward a two-tiered society, a society that is destroying opportunities for the disadvantaged and creating welfare for the rich,” Koch said. “Misguided policies are a creating a permanent underclass, crippling our economy and corrupting the business community—present company excepted, of course. But what this is doing, then, is turning more and more Americans against what they mistakenly believe is free enterprise.”

With his brother David, Koch is among the most powerful players in Republican politics by virtue of their wealth. Forbes estimates he and his brother is each worth $40 billion. They are tied for the No. 4 spot on Forbes’ rankings of the richest Americans.

Koch’s stinging words came as the allies who support the Koch-backed network of social and political groups mingled with like-minded leaders. The Koch-backed network plans to spend $889 million ahead of the 2016 elections, although officials are quick to point out that not all of that is explicitly political.

Some of it, advisers say, will be spent pushing against what Koch sees as unjustifiable corporate welfare. 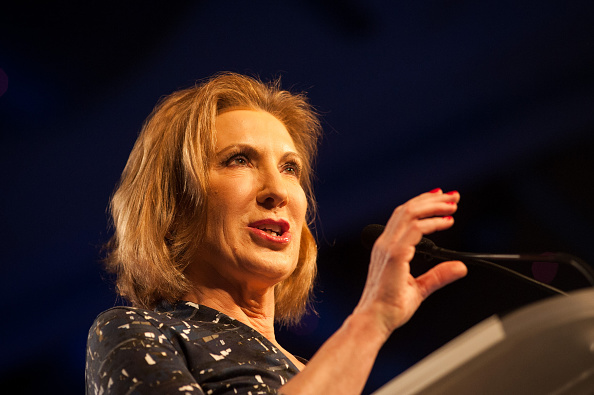