A Texas man used an app to find his iPhone in a rural pasture after it fell 9,300 ft. (2,834 m) from a Beechcraft Bonanza airplane on a flight from Houston.

The phone fell out of the aircraft during a Monday flight, when a pressure change caused the door to open slightly. The owner of the phone, Ben Wilson, a Texas businessman, used the Find My iPhone app to locate the phone. They found it with a map and a satellite image.

“It was by the side of the road south of Jacksboro, under a mesquite tree,” Wilson told the Times Record News in Wichita Falls, Texas. “It was in one piece, scratched a bit on the corners but it still worked,” he said. 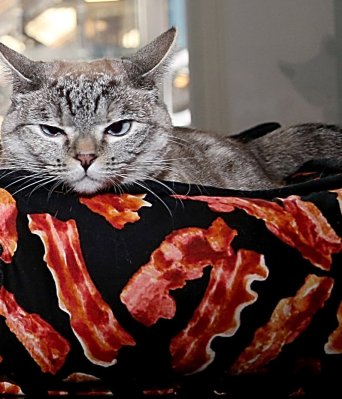 This Man Called the Police Because His Girlfriend's Cat Ate All the Bacon
Next Up: Editor's Pick