The American dentist who killed a lion that was lured out of a national park in Zimbabwe has contacted U.S. federal wildlife authorities.

Authorities in Zimbabwe are calling for the extradition of the dentist, Dr. Walter Palmer, who killed a lion named Cecil that was beloved in Zimbabwe on July 1. Palmer’s guides face fines and jail time. The penalty for poaching in Zimbabwe is a $20,000 fine and imprisonment for up to 10 years, according to NBC News. Palmer has not been charged with a crime.

Palmer has been the subject of public outcry over the past several days, as angry comments have flooded the Yelp page of his dental practice. 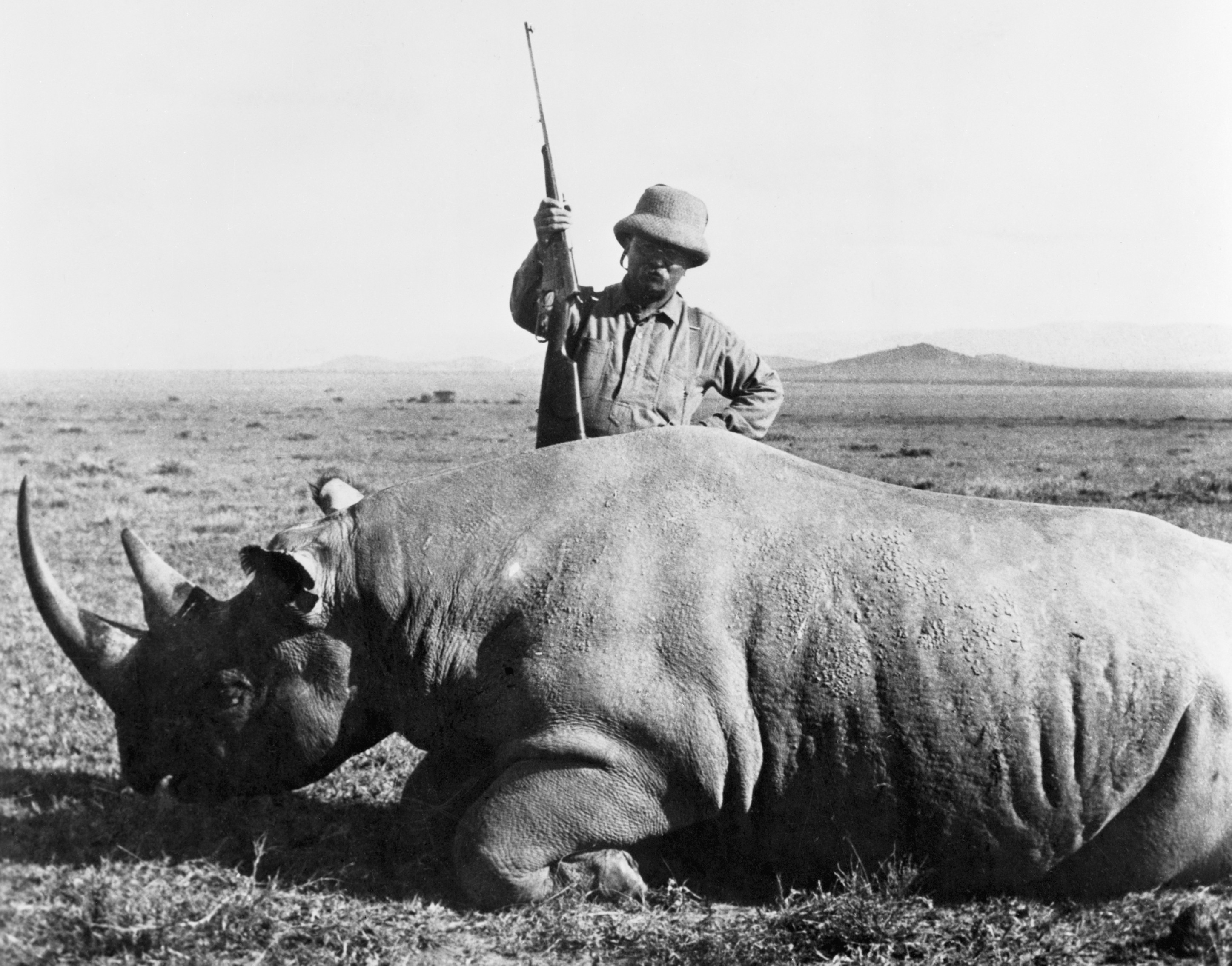 After serving as President of the United States in 1909, Teddy Roosevelt went on an 11-month, 2,500-mile safari. The expedition was funded as a scientific expedition by the Smithsonian Institution, according to the Theodore Roosevelt Association. On the trip, Roosevelt trapped or shot over 11,000 animals, including elephants, hippos, and white rhinos.
Corbis 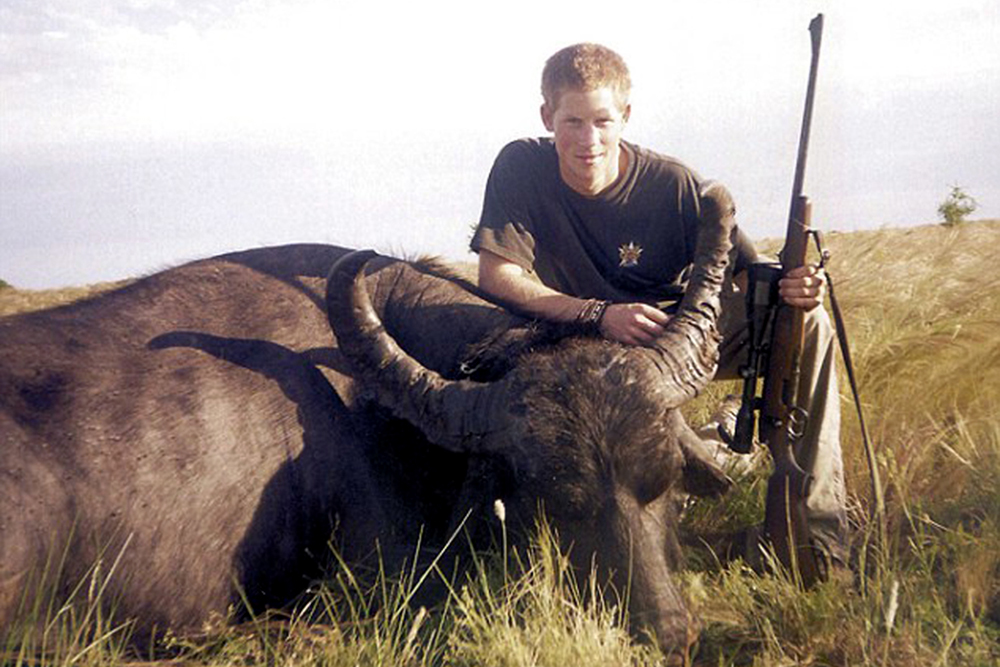 Prince Harry crouches over a water buffalo he shot and killed in South America in 2004. 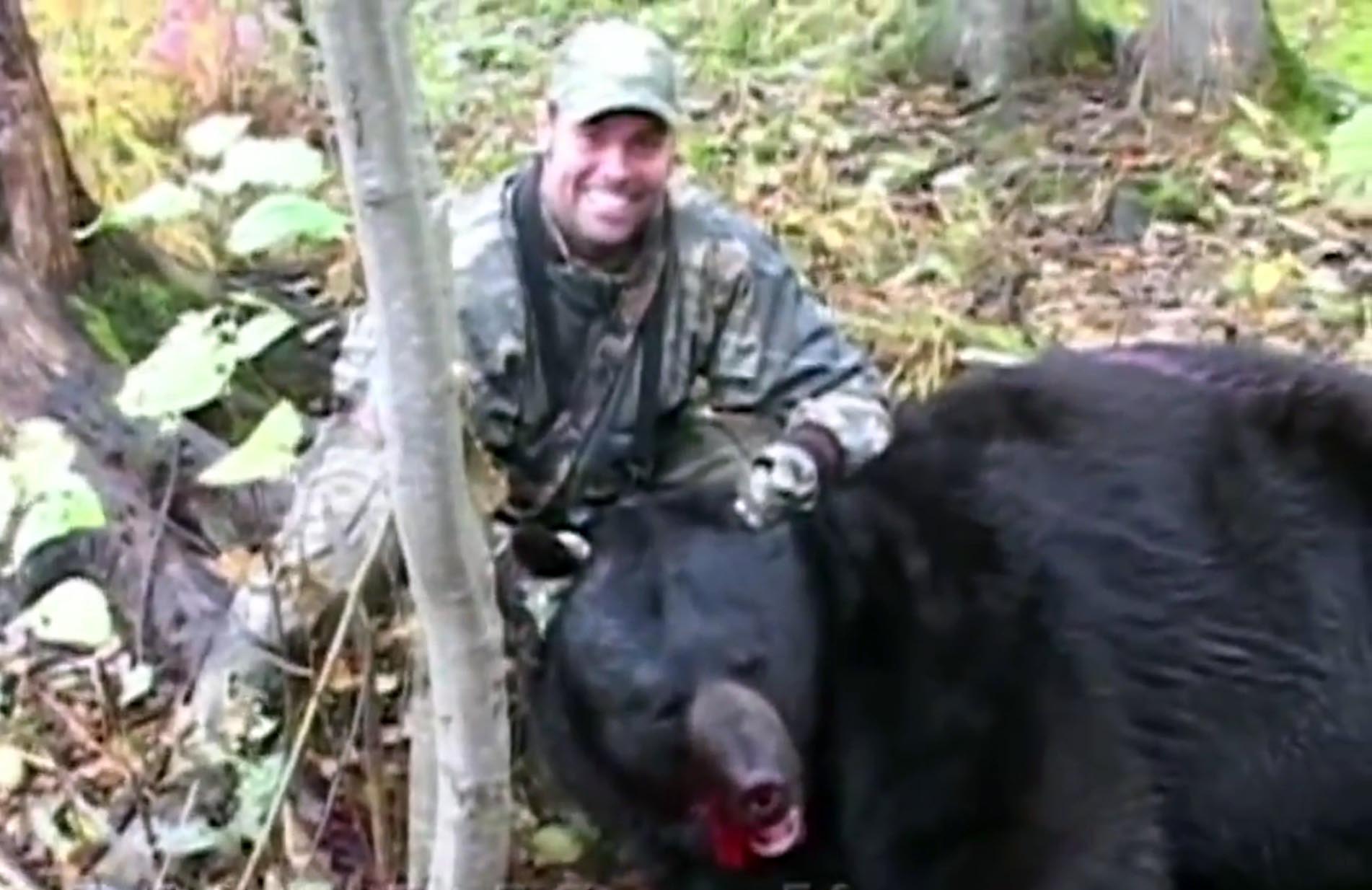 Troy Gentry, of the country singing duo Montgomery Gentry, killed this captive black bear in Minnesota in October 2004. He was sentenced to three months of probation and a $15,000 fine and was banned from hunting in Minnesota for five years. 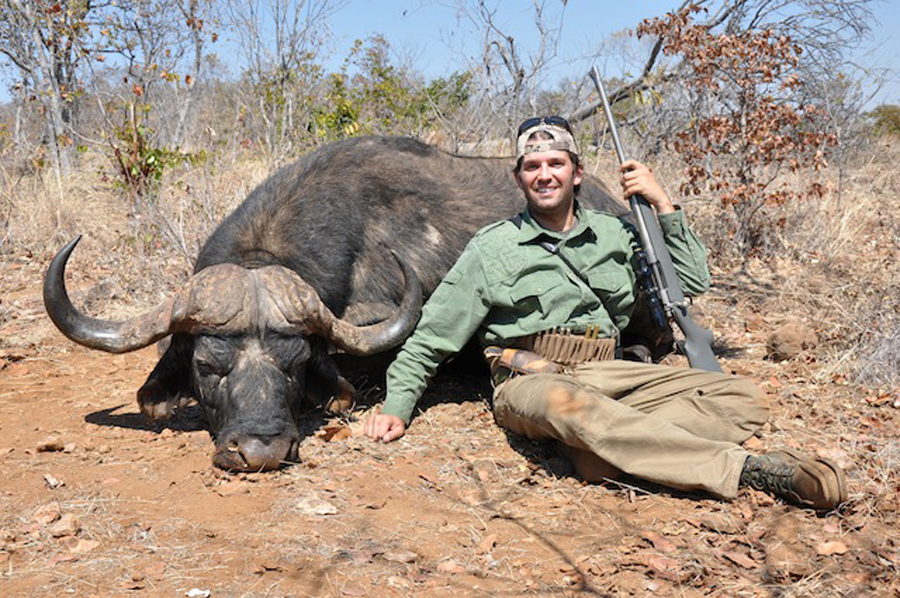 Donald Trump, Jr., posing with a buffalo in Zimbabwe during a safari trip in 2012.
Hunting Legends Africa 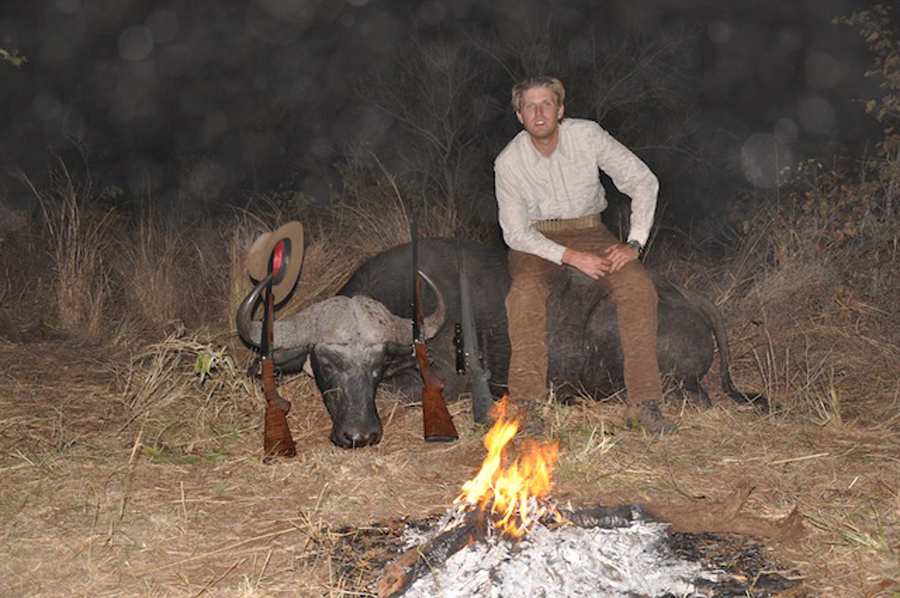 Eric Trump, son of Donald Trump, posing with a buffalo in Zimbabwe during a safari trip in 2012.
Hunting Legends Africa 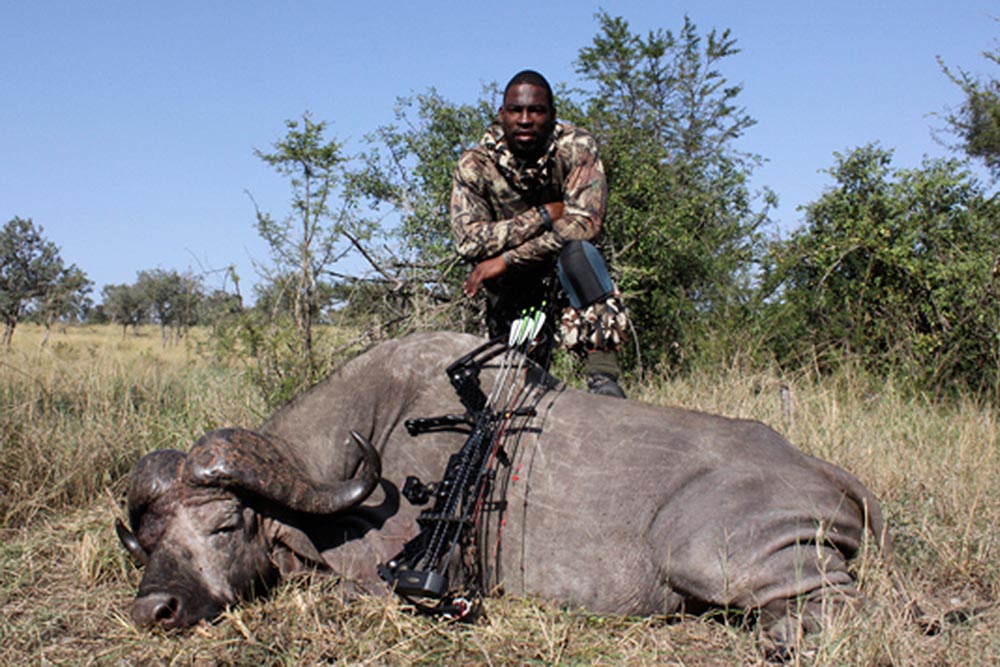 Justin Tuck, defensive end for the Oakland Raiders, told Outdoor Life about his enjoyment of the challenge of bow hunting. He also discussed his big game trip to Africa, where he shot a hartebeest, zebra, wildebeest, hyena and water buffalo. 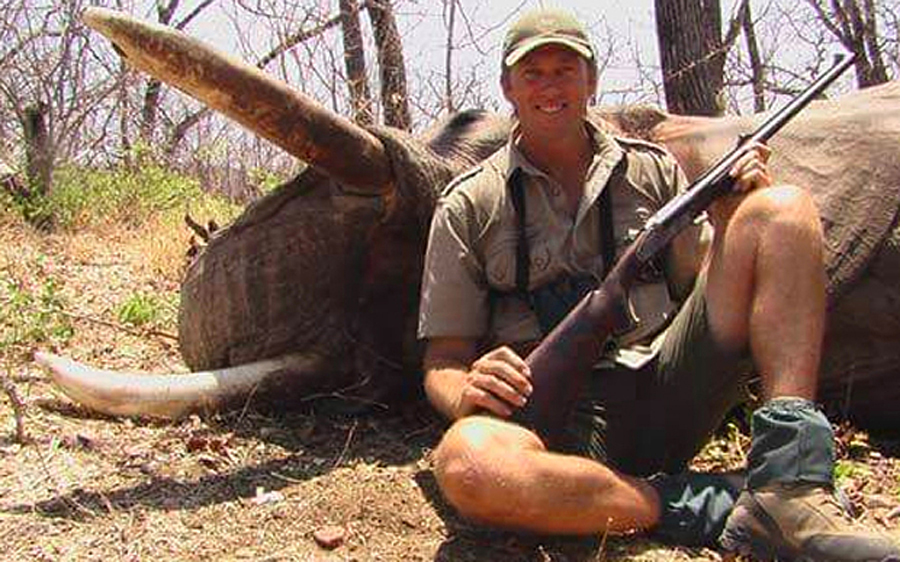 Glenn McGrath, Australian international cricketer, posing with an elephant in Zimbabwe during a safari trip in 2008.
Hunting Legends Africa 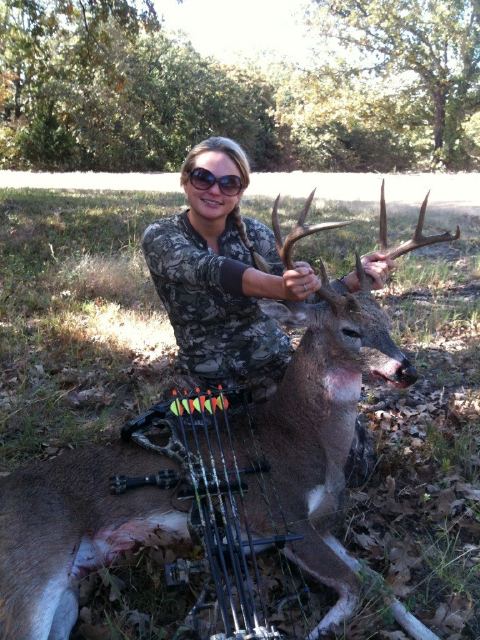 Miranda Lambert poses with a deer. She also was shown to kill an Alligator during an appearance on the Sportsman Channel's "Country Boys Outdoors,” in 2010.
1 of 8
Advertisement