Kesha: We Must Do More To Ban Poaching

Kesha’s most recent album, Rainbow, has been nominated for a Grammy.

I was heartbroken along with so many Americans who are mourning the terrible killing of the lion Cecil by a man from Minnesota. As an animal lover, I have traveled to Africa to walk amongst and view these stunning creatures in their natural habitat — taking care not to disturb them while also enjoying their presence. Lions in the wild are one of the most awe-inspiring and beautiful things I have ever experienced. Listening to a lion roar outside my tent with nothing between us other than a thin piece of mesh I felt more alive than I ever had. It is one of the best experiences I’ve ever had in my life.

Sadly, these animals and many others face extinction from natural environments because of poachers and trophy hunters like Walter Palmer.

It angers me that U.S. law currently does not protect African lions, and these “trophies” can flow across the U.S. border in unlimited quantities from anywhere. In a way, the law legitimizes the shameful behavior of a man like Mr. Palmer. He set out to get a rush of adrenalin and a manly trophy but I believe he came away with a trophy of shame. I don’t want to verbally or physically bully Mr. Palmer because I feel like he must be a troubled man in need of help. Why else would he feel the need to pay more than $50,000 to have a team of people bait a lion into a spotlight to be shot just for fun?

These kinds of hunts are big business in Africa where if you have enough money you can kill virtually anything you want from rhinos to leopards to elephants or anything else you can think of. These animals are not killed for food. Just as Mr. Palmer did, their carcasses are often left to rot after their heads and skins are taken as trophies. It’s not a feat of bravery when it takes a team of guides to coax animals into environments where they aren’t even given a fighting chance before paying customers shoot them. It took much more bravery by the people at Oxford University when they captured Cecil alive and attached a GPS device to Cecil in order to study and help him.

What right do we have to kill animals for amusement? Poachers and trophy hunters from the U.S. and other countries are driving lions to extinction. This is the tragic reality. The U.S. must do everything it can to outlaw this perverted excuse for entertainment. As a Global Ambassador to Humane Society International I am joining with Humane Society of the United States and its international arm ­Humane Society International ­in urging the U.S. Fish and Wildlife Service to add the African lion to the endangered species list. Listing the African lion would then curtail Americans bringing their parts to U.S. soil, greatly decreasing the incentive for them to be killed in trophy hunts.

It is a tragedy that Cecil was killed, and now his cubs face a grim reality that they may not grow to adulthood. But its an even bigger tragedy if our country continues to promote this behavior by allowing Americans to legally bring the skins and heads of African lions to the U.S. as trophies.

Populations of African lions in the wild have dwindled by almost 50% in only the last three decades. Even as lion populations plummet, hunters continue to kill them, and lion trophy imports to the United States are on the rise. This has to stop. Please join HSUS and HSI in urging U.S. Fish and Wildlife Service to add the African lion to the endangered species list. Trophy hunting should be banned. I hope HSUS and HSI are successful in getting lawmakers to do the right thing and help stop this madness. 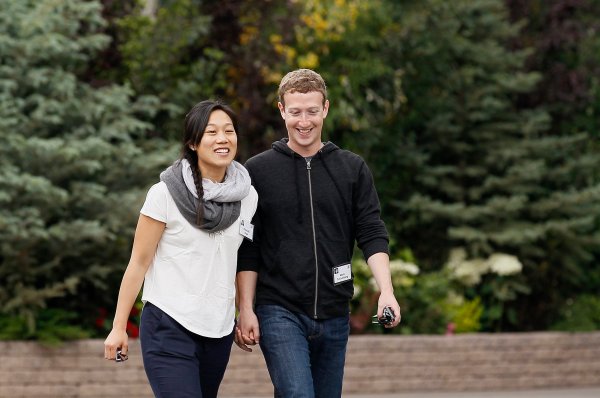 More Men Need to Talk About Miscarriage
Next Up: Editor's Pick