Why You Should Worry About Picky Eaters

Rare is the child who will eat pretty much anything. Most toddlers develop specific favorite foods and, of more concern, absolute no-go foods.

To a certain extent, that’s normal. But when eating preferences make it difficult for the child to eat with others, that could be a sign of more serious sensitivities, say scientists in a report appearing in Pediatrics.

Nancy Zucker, director of the Duke University Center for Eating Disorders, and her colleagues looked into the implications of picky eating when she made a connection between more and more adults with eating-related issues who reported having been picky eaters as children. No studies had looked in depth at the longer term effects of selective eating during childhood, so Zucker studied 917 children two to nearly six years old who were enrolled in an anxiety study. The children’s parents recorded their eating habits, and the researchers conducted tests to determine how the children scored on measures of anxiety and symptoms of mood disorders.

About 20% of the children were picky eaters, meaning they either ate only a restricted number of foods or could not eat with others because of their limited range of food preferences. Only about 3% fell into the latter category of severe selective eaters. Those children were more than twice as likely to be diagnosed with depression or social anxiety. Even children in the moderately picky eating group were more likely to show symptoms of depression, social anxiety or attention deficit-hyperactivity disorder compared to children who weren’t picky eaters.

Zucker says the findings shouldn’t alarm parents, but should help them and their doctors to start being more specific about when picky eating is normal and when it should be seen as a sign of possible anxiety issues. What may be happening, she says, is that selective eating may be a symptom of a broader hyper sensitivity. So for certain children who see, feel, hear and taste their world more intensely, being picky about which foods they eat may be a way of coping with an otherwise overwhelming influx of sensory information. “The restriction and narrowness in eating is a way of simplifying their rich, overwhelming world,” she says.

She stresses that it’s only a theory, but in her study, there was evidence that for the severe picky eaters, and for some of the moderately picky ones, their aversion to certain food tastes and textures wasn’t just ‘yuck’ but involved gagging.

While Zucker doesn’t want to turn picky eating into a “medical” condition, she does feel that parents need more guidance from pediatricians about what to do if their children become selective eaters. Parents are already confused by advice from pediatricians that includes urging them to feed their children a varied diet, including fruits and vegetables, to help their development, but at the same time telling them not to worry if their child refuses to eat certain foods.

Her advice? “Try to get meal times back,” she says. That means not trying to force children to eat foods they don’t like at meals, since they’ll start associating the table with unpleasant experiences. Instead, try introducing them to new or non-favorite foods at different times, as part of food adventures, to help them become more comfortable with and willing to try new things.

Read next: This Is How Much It Costs To Raise A Ballerina 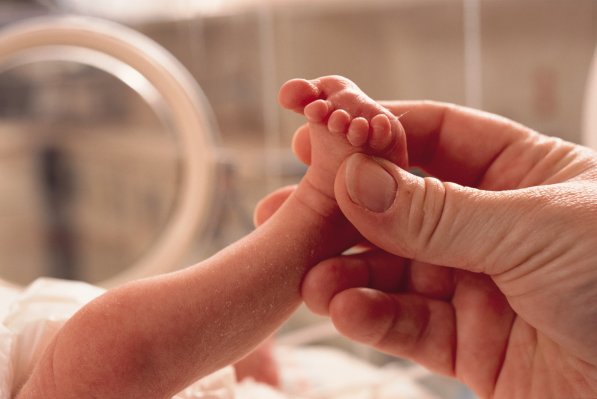 Premature Babies Are More Likely to Develop This Personality Type
Next Up: Editor's Pick