Mark Zuckerberg just told the world about his emotions following his wife’s multiple miscarriages. The world. Nobody asked him to. And that’s a great thing.

Miscarriage is not a pleasant topic. Despite the fact that almost half of all pregnancies end with a miscarriage, it’s still very taboo and uncomfortable for many people to discuss openly. And that’s just among women. Men and miscarriage? That conversation hasn’t taken place in hushed tones—it’s been largely nonexistent.

Zuckerberg wrote that he and his wife Cilla have been trying to start a family for several years and went through three miscarriages before their current pregnancy. Then, in candid fashion, he describes his feelings through those tough times.

“You feel so hopeful when you learn you’re going to have a child. You start imagining who they’ll become and dreaming of hopes for their future. You start making plans, and then they’re gone. It’s a lonely experience. Most people don’t discuss miscarriages because you worry your problems will distance you or reflect upon you – as if you’re defective or did something to cause this. So you struggle on your own.”

I know exactly how Zuckerberg feels from personal experience.

My wife has been pregnant eight times in seven years, but we have endured five losses during that span—four miscarriages and a medically necessary termination. We were both crushed, but only one of us was expected to show it.

I thought it was my job to stay strong. After all, it’s her body and she’s dealing with the physical repercussions. And the fact that almost no one asked how I was doing further drove home the point that this was her problem, and my job was a supporting role.

The problem with that? I wasn’t strong, and I had no idea how to deal with what I was feeling.

Should I mourn this baby? Should I even consider it a baby? Is it whining if I bring this up to my wife who is going through the physical pain of loss as well as mental? Am I, as a man, even allowed to be this upset over what happened? I didn’t know the answers and no one I knew was volunteering any, so I pushed everything deep down and ignored it.

As you can imagine, that was a mistake. A mistake that ultimately strained our marriage and was only fixed when I finally agreed to talk things out with a counselor, and began sharing my thoughts about pregnancy loss online.

Only then did I find my people. Only then did the floodgates open and I heard from men everywhere who were going through the same struggle. I realized far more couples had experienced miscarriages than I ever imagined, and finally I realized I wasn’t alone. Shedding that feeling of isolation was an anvil off my chest. It was a rescue boat coming to get me off a desert island.

“In today’s open and connected world, discussing these issues doesn’t distance us; it brings us together. It creates understanding and tolerance, and it gives us hope,” Zuckerberg wrote. “We hope that sharing our experience will give more people the same hope we felt and will help more people feel comfortable sharing their stories as well.”

Everyone deals with grief in hisor her own way. But I greatly respect and appreciate Zuckerberg’s willingness to detail his personal struggles with miscarriage in order to potentially help others going through the same thing. The sooner we include more men in the miscarriage conversation, the better.

From one dad to another, thank you, Mark.

Aaron Gouveia writes for his site, The Daddy Files. 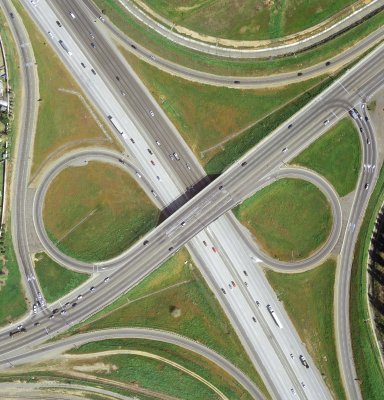 Let the States Fix Our Crumbling Highways — Instead of Washington
Next Up: Editor's Pick