In a country that grows things and makes things we must be able to move things — quickly, cheaply, and safely — if we want to have the jobs-friendly climate America needs. Unfortunately, our country’s infrastructure, from the northeast rail corridor to our interstates to our local roads, is starting to crumble beneath our wheels and Washington seems powerless to help.

Only Washington, ever immune to irony, would let its love of gridlock grind even the highway bill to a halt. Unable to reach agreement, Congress just kicked the can down the road for three months in hopes that lightning will strike and people will suddenly start working together. Even if Congress could reach a deal, does it make sense to keep this broken system going?

Some states are so desperate that they are taking matters into their own hands, but they lack the authority to make real progress. Six states recently increased their gas taxes to try to fund their own needs, but that only puts more pressure on consumers and job creators at a time when the economy is still trying to get going. These tax hikes wouldn’t be necessary if Washington made some common-sense reforms, like take itself out of the picture.

Instead of sending our gas tax money to Washington, where federal bureaucrats skim some off the top to pay for their own agencies, Congress should dramatically cut the 18.4 cents-per-gallon federal gas tax to just a few cents per gallon — just enough to pay for interstate connectivity and other safety concerns. States would then be free to set their own gas tax rates, aligned to their own needs as identified by their own residents, communities, and leaders.

Consumers and job creators likely would see lower prices at the pump, states likely would have more resources and freedom to meet their own needs, and the only loser would be the federal transportation bureaucracy. So be it. The entire system would move with less delay and cost because Congress would have little role at all. Washington gridlock wouldn’t be able to slow things down or go back to its pork-barreling ways.

More than a decade ago, as chairman of the U.S. House Budget Committee, I proposed a plan like this and, not surprisingly, it was soundly defeated. It was a good idea then and is a good idea now. The need for these kinds of changes is long overdue, however, and I think the time is right to act.

When I became governor in 2011, Ohio faced a $1.6 billion highway budget deficit and many key projects were facing delays of up to 20 years. With no help in sight from Washington, we took control of our own destiny and leveraged our Turnpike to issue bonds that will inject up to $3 billion into our roads — without raising the gas tax. As a result we jumpstarted key projects, accelerating their completion and started new ones that once would have never seen the light of day. Not every state has these kinds of assets, however, and Washington should get out of the way and set them free to solve their problems with their own gas tax money.

Even with our innovations, huge needs still remain — like a multi-billion-dollar replacement bridge across the Ohio River between Cincinnati and northern Kentucky. Critical projects like this linger in every state and must be met.

Washington doesn’t always know what is best and when it comes to infrastructure, where the money and work is all done at the state and local level anyway, it only slows things down and runs up the costs by adding an extra layer of interference. It’s time to get Washington out of the highway business so America can get moving again. 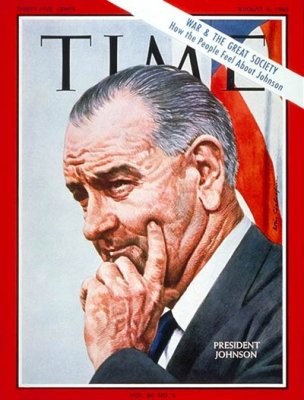 How Medicare Came Into Existence
Next Up: Editor's Pick