When the class of 2015 graduated in May, they took more than a diploma and happy memories away from campus. They also left with an average student debt of $35,000 for a bachelor’s degree—earning the distinction of being the most indebted graduating class in history. Unfortunately, it’s a title they will probably concede to the class of 2016 next spring.

With numbers like these, it is becoming clear that innovative approaches are desperately needed. With their new book, The Real College Debt Crisis: How Student Borrowing Threatens Financial Well-Being and Erodes the American Dream, University of Kansas professors William Elliott III and Melinda Lewis offer one such paradigm shift. They argue that we’re missing the bigger picture when it comes to student debt. The skyrocketing rates of student indebtedness are, in their estimation, a symptom of an even more serious problem: that the reluctant acceptance of debt as a de facto method for paying for college reinforces social and financial inequality by saddling borrowers with excessive financial burdens at the beginning of their careers and hurting their chances to achieve economic mobility post-graduation.

“If we begin to think of education as a part of the economic mobility system, then we can begin to think of education’s implications for children long after school,” Elliott, who also serves as the founding director of the Center on Assets, Education, and Inclusion (AEDI), explained at a recent New America event. Along with his co-author, Elliott was joined by Demos Senior Policy Analyst Mark Huelsman and New America Education Policy Program Director Kevin Carey for a discussion on the importance of developing new college financing models that could reduce inequity between students of varying income levels.

“We fundamentally believe that education is really important, but because of the weight of [student] debt, experts are starting to question whether or not the return on investment is really there,” Elliott said.

The panelists’ conversation comes at a moment of heightened attention on the burdens student debt often places on young borrowers and their families. Last year, exit polling of Millennial voters intimated that student debt was a point of concern during the midterm elections, prompting politicians to jump on an increasingly crowded “student debt is a serious issue” bandwagon during the preliminary rounds of the 2016 presidential campaign. And in March, President Obama announced the creation of a Student Aid Bill of Rights that seeks to change how federal agencies interact with students that take out federal loans to finance the cost of higher education.

Unfortunately, according to the panelists, political discussions of the student debt crisis often fail to acknowledge how student debt can have disparate and lifelong effects on the asset building capacity of young borrowers from different racial and economic backgrounds. It is often the students who stand to benefit the most from attending college who struggle with debt after graduation or drop out before receiving a degree, creating what Huelsman referred to as a “Debt Divide”—a phenomenon wherein those with the highest need for student loans are the most susceptible to negative outcomes before and after graduation.

When speaking about the increase in the number of students taking out loans, Huelsman pointed out that the higher education system was never meant to trade debt for diplomas, but because of a series of policy changes that reduced institutional funding and increased costs, “we now have an almost entirely debt-funded higher education system.” And while media outlets and pundits are quick to highlight how this debt-funded system is wreaking havoc on the economy, Huelsman also noted that looking at the problem as being one of borrowers breaching some invisible threshold of acceptable debt obscures a far more pressing question: why is debt even necessary to afford higher education in the first place?

Huelsman’s comments resonated with a key argument Elliott and Lewis make in The Real College Debt Crisis—that despite the seemingly good intentions of policy wonks and reporters there is a disconnect between the aspects of the student debt “crisis” that are being addressed publicly and the challenges that are actually impacting the ability of borrowers to build assets and attain mobility. “One of the problems that we get into when we aren’t correctly diagnosing or defining the problems created by student debt is that the solutions we propose are not aimed at the right target,” Lewis explained.

In their book, Elliott and Lewis advocate moving college financing away from a “debt-dependency” model (and the short-term solutions that it encourages) and towards an asset-building model that enables anyone willing to put in the effort to grow their wealth over time. One concrete mechanism they recommend is the increased use of Children’s Savings Accounts (CSAs), as a tool for leveraging assets accumulated from birth as a form of financial aid. “There is everything right with a centralized, portable financial product that will get more people to and through college,” Huelsman noted when speaking of the CSA concept. “But it has to mean something in the terms of college cost.”

Carey agreed college cost is unlikely to decrease with the institutions themselves in the driver’s seat, serving—as he put it—as both the benefactor and the perpetuator of the student debt crisis. “It’s pretty good to be in a business where your customers say to themselves ‘Well if I gotta borrow, I gotta borrow,’” Carey said. “Not many businesses have that luxury, but colleges and universities do.” Carey also lamented the Obama administration’s recent announcement that it would abandon its plan to implement a college rating system, which he felt had potential to help colleges take an active role in preventing their graduates from defaulting on their student loans.

Elliott acknowledged value in Carey’s accountability-centric approach, but suggested that without an overhaul in how college educations are financed, the larger problem of student debt would remain.

“We are afraid to re-envision and re-think how financial aid can be done,” Elliott said. “We need a long-term solution that not only changes education, but [also addresses] the great wealth inequality that we see in our society.”

This piece was originally published in New America’s digital magazine, The Weekly Wonk. Sign up to get it delivered to your inbox each Thursday here, and follow @New America on Twitter 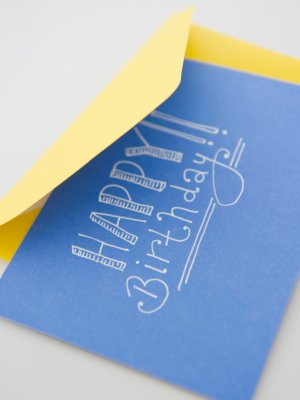 You Can Make a Teen Cancer Patient's Birthday Wish Come True by Doing One Simple Thing
Next Up: Editor's Pick