Which Cities Even Want the Olympics Anymore?

For fans who love a cozy, idyllic Winter Olympic site—in a place without a tainted human rights record—the host city selection for the 2022 Games wasn’t an inspiring bake-off. On Friday in Kuala Lumpur, the International Olympic Committee awarded the Games to Beijing over Almaty, Kazakhstan; Beijing becomes the first city in history to host both a summer and winter Olympics. The Bird’s Nest, where Usain Bolt thrilled the world with his record-breaking sprints, will host the opening and closing ceremonies, like it did in the summer of 2008. The nearby Water Cube, where Michael Phelps won eight golds, will freeze over and host curling.

The win is yet another symbol of China’s clout. Beijing has little snow and few mountains? So what: organizers say they’ll create enough snow, and build a high-speed rail line to Zhangjiakou, 90 miles (145 km.) outside the city and host of mountain events. Worried about Beijing’s air pollution? Well, the city controlled its smog during the 2008 Olympics. “It will be sunshine and white clouds,” said a Beijing 2022 communications official. China put on a great show in 2008, and will likely do the same in 2022.

But what does Beijing’s win say about the Olympics? Winter wonderlands like Oslo and Stockholm dropped out of the 2022 bidding, concerned about the costs. The Sochi Olympics, whose tab ran to over $50 billion, was the most expensive ever. The International Olympic Committee is pushing something called Agenda 2020, which emphasizes lowering the price tag for staging the Olympics. But any good intentions can’t curtail the costs, as organizers of the Boston bid found out the hard way earlier this week. The public, increasingly wise to the dismal economics of sporting events, decided the party and publicity wasn’t worth the cost and hassle. The city dropped its bid.

Academic studies are conclusive: for cities and regions, sports investment rarely delivers its financial promise. Just ask Athens, where the 2004 Olympics cost taxpayers billions. After taking on the 2014 Winter Olympics, Russia is hosting the 2018 World Cup. In 2022 Beijing, with its ill-fitting climate, will host the Winter Olympics. Qatar, with its 100-plus degree temperatures, is slated to stage a World Cup. Sense a pattern? Autocratic regimes, with a history of human rights abuses, are taking hold of the world’s sporting carnivals. More and more democracies, pressured by their outspoken opposition movements, simply don’t want them. 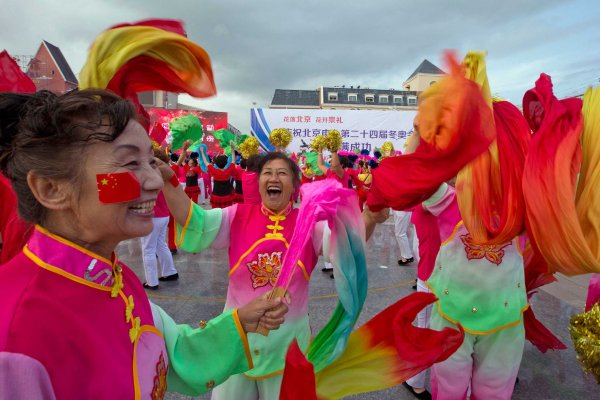 Beijing to Host 2022 Winter Olympics
Next Up: Editor's Pick