Russia Is Investigating if Gay Emojis Break Its Laws

A policeman looks out from a truck as members and supporters of the LGBT community take part in a May Day rally in Saint Petersburg on May 1, 2015.
Olga Maltseva—AFP/Getty Images
By Simon Shuster / Moscow

Russia’s state media watchdog is investigating whether gay-themed emojis on Facebook are in violation of Russian laws against promoting homosexuality.

The probe initiated this week comes as the result of a complaint from Mikhail Marchenko, a senator in Russia’s upper house of parliament, who was the first official to note the potential danger in the cartoon smiley faces of boys kissing boys and girls kissing girls.

In his written appeal to The Federal Service For Supervision of Communication, Information Technology and Mass Media, which is known in Russia as Roskomnadzor, the senator from the region of Bryansk called for an investigation into whether the emojis violate Russia’s controversial 2013 law against “homosexual propaganda” among minors.

“These emojis of non-traditional sexual orientation are seen by all users of the social network, a large portion of whom are minors,” said Senator Marchenko. “But propaganda of homosexuality is banned under the laws and under the pillars of tradition that exist here in our country.”

In response to the senator’s complaint, the federal agency asked the main youth group of President Vladimir Putin’s political party, the Young Guard, to form an “expert opinion” on this matter of “high social significance,” according to the Izvestia daily, which obtained a copy of the agency’s response to the senator on Wednesday.

In the response, which was written by the deputy head of Roskomnadzor, Maxim Ksenzov, the agency says it is prepared to “take reactive measures” against the emojis if they are found to constitute a threat to Russian children. Under Russian law, the agency is able to block Russians from accessing websites that are found promoting homosexuality among minors. It can also impose fines against those websites for failing to comply with the legislation.

Denis Davydov, the chairman of the coordinating council of Young Guard, which is the youth wing of Putin’s United Russia party, said that his organization would ask professional psychologists to determine “whether there is propaganda or no propaganda” in these emojis.

In June, the Young Guard’s expert opinion on such matters aided a legal case against a Russian website called Children-404, an online resource in Russia that helps council local teenagers through the process of coming out. The head of that project, Elena Klimova, has faced numerous court appearances and fines for her work, with the most recent fine of 50,000 rubles (about $900) upheld by a Russian court this week.

Facebook’s series of emojis celebrating gay pride first appeared on the network in 2013, when the U.S. Supreme Court handed a victory to the cause of marriage equality by overturning the Defense of Marriage Act. The social network has since updated its so-called “Pride” series of emojis, including after last month’s historic Supreme Court decision obliging all U.S. states to allow gay marriage.

Though the Russian probe into emojis will focus specifically on Facebook, users of Twitter and Apple’s new operating system for the iPhone are also able to include rainbow flags and other gay-themed icons in their posts and messages.

Davydov, the Young Guard chairman, said that these services could also become the target of investigations if Russian citizens begin to complain about them. “This is not our first day working with Roskomnadzor,” Davydov noted in an interview with a Moscow radio station. “We have on numerous occasions appealed at various levels against the spread of extremism online, the spread of child pornography and so on,” he said.

Most Popular on TIME
1
Why Is America So Divided Today?
2
Kamala Harris to Resign Senate Seat Monday
3
All the Marvel Clues You Missed in WandaVision's First Two Episodes 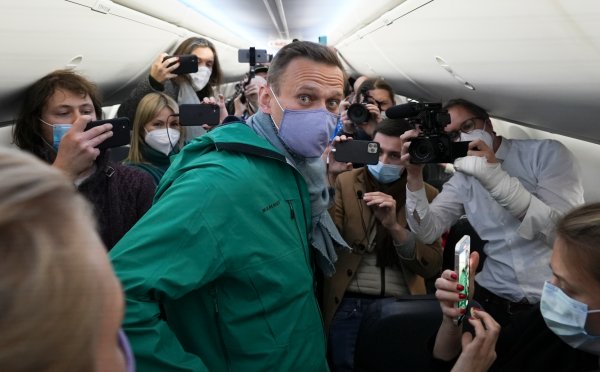