The final choice for the host city of the 2022 Winter Olympics was uninspiring. One candidate, Beijing, which co-bid with the lesser-known Chinese city of Zhangjiakou, spent months trying to convince International Olympic Committee (IOC) delegates that its famously bad air — not to mention lack of natural snow — shouldn’t scupper its chances.

The other contender, Almaty, boast lots of powdery stuff because of its positioning at the foothills of the Tian Shan range. (Almaty’s slogan, perhaps aimed at Beijing and its man-made snow, was Keeping It Real.) But Kazakhstan’s former capital had to overcome a serious obstacle: its obscurity, especially compared with a Chinese city of more than 20 million people.

The two candidates shared other weaknesses: neither has much in the way of global winter wonderland appeal. And both are tainted by the authoritarian governments that lead them. In recent months, China’s President Xi Jinping, who just hours before the Olympic decision appeared in a video pitching Beijing 2022, has presided over a crackdown on civil society, in which hundreds of people — such as lawyers, writers and women’s rights activists — have been detained. Kazakhstan’s President Nursultan Nazarbayev claimed a 98% victory in this year’s polls but the long-serving leader has a habit of muzzling the media and jailing his opponents.

On July 31, at a secret vote by around 85 IOC members in Kuala Lumpur, Malaysia, the 2022 Winter Olympics were awarded to the oddmakers’ favorite, Beijing. After all, the Chinese capital had successfully hosted the 2008 Summer Olympics. No one doubts China’s ability to build needed infrastructure within seven years. “There can only be one winner,” said IOC President Thomas Bach, in a razzle-dazzle ceremony, complete with soaring music. Xi, in his video campaign, had already projected that Beijing 2022, the 24th Winter Olympics, would be “fantastic, extraordinary and excellent.”

The K.L. polling was marred by technical doubts in which the initial vote by electronic tablet was considered possibly lacking in “integrity,” forcing IOC members to vote again by written ballots. Previous IOC ballots, including one in which Beijing lost to Sydney by two votes for the right to host the 2000 Summer Games, were marred by vote-buying scandals. The IOC vowed to root out corruption within its ranks. Late last year, the powerful group also unveiled reforms designed to limit the budget overruns that have plagued recent host cities.

The IOC was left with Beijing/Zhangjiakou and Almaty by default, after cities such as Oslo and Stockholm pulled themselves out of the race because of financial concerns. (Lviv’s bid was derailed by war in Ukraine.) Olympics may bring global prestige but they have a habit of saddling host cities with huge bills and sporting facilities that rust away after the crowds disperse. The 2014 Sochi Olympics, for instance, cost Russia an estimated $50 billion.

For 2022, Beijing and Almaty gave estimates of $3-5 billion (including some infrastructure not specifically for the Games) but Olympic cities rarely stick to their budgets. Sochi overspent by $36 billion. Earlier this week, the U.S. Olympic Committee pulled the plug on Boston’s bid to host the 2024 Summer Games, after local opposition to the potential financial burden.

In the run-up to the July 31 victory, Beijing brought out Chinese icons like towering basketball legend Yao Ming to promise that the Games would be “athlete-centered.” Other former Olympians gave assurances about Beijing’s air, which city officials said had improved by around 15% in the first half months of 2015, compared to the same period last year. “We will improve the air quality not only for the Games but also for the demand of our people,” said Shen Xue, a pairs figure-skating gold medalist, according to Chinese state newswire Xinhua. “No matter whether we win the bid or not, we will take efforts to improve the air quality.”

Chinese Olympic officials vowed that snow-making efforts would be “sustainable” in a chronically parched region. To speed the journey to the ski slopes of Zhangjiakou, which are around 200 km from downtown Beijing, city-planners have promised to build a high-speed rail system that will transport athletes in less than an hour — a third of the time it now takes. In other countries such a project might seem overwhelming. But this is a country that has already expanded its national rail network in record time.

Beijing’s 2022 bid slogan was translated in English as Joyful Rendezvous Upon Pure Ice and Snow. (It sounds better in Mandarin.) President Xi has enthused about the potential for winter sports development in his homeland — just imagine, 1.3 billion lugers, biathletes and curlers, if Xi’s estimate of future winter sports enthusiasts is to be believed. Still, sports are not integrated into daily life in China as they are in, say, Brazil or even India. Zhangjiakou, where Olympic snowboarding, biathlon and certain skiing events will take place, has developed resorts for aspiring Beijing skiers but it was traditionally better known for fur production.

The Beijing 2008 Olympics were expertly choreographed and allowed China to proclaim its rising super-power status. China won 51 gold medals, more than any other country. The medal haul was all the more impressive given that China won just five gold medals two decades before in Seoul. But the Beijing Olympics suffered from a fun deficit. Compared to other Games, there were fewer public venues where locals could gather to watch the competition on TV and rejoice in China’s sporting glory; some residents resorted to peering through a metal fence at the lavish venues. Even today, despite efforts by the government to encourage nationwide fitness, school sports remain underfunded for children who aren’t being cultivated as potential Olympians. (Chinese kids need to spend more time cramming for tests.)

The fact that China has already hosted an Olympics and made history may explain why the domestic reaction to the 2022 race was relatively muted. On Friday morning, a corruption investigation of a retired People’s Liberation Army general generated more cyberspace comment than the Winter Olympics vote. International human-rights campaigners, however, used the occasion to highlight human-rights violations in both candidate nations. “Whether China or Kazakhstan wins the honor of hosting the 2022 Winter Games, the IOC will face an extreme test of its new commitment to improve human rights protections,” said Minky Worden, Global Initiatives director at Human Rights Watch, before the final vote. “The International Olympic Committee should insist that the host country rigorously comply with the Olympic Charter and basic human rights rules — or risk losing the right to host the games.”

At least Beijing is a known quantity, even if co-host Zhangjiakou is less recognized. (Zhangjiakou progressively lost shared billing with the Chinese capital as the bid progressed.) Any guesses where the 2018 Winter Olympics will be held? That would be Pyeongchang, South Korea. Not exactly a world-famous winter retreat like Innsbruck (the 1964 Games), Sapporo (1972) or Vancouver (2010). 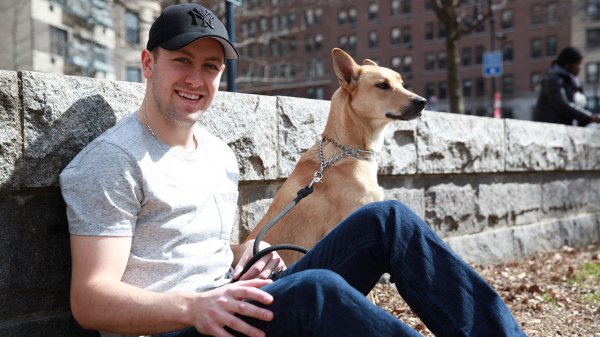 Catching Up With the Stray Dogs of Sochi
Next Up: Editor's Pick