On Friday, a group of French officials boarded a 12-hour flight to Paris from Réunion, a volcanic island and French territory in the southwest Indian Ocean. With them was a 9-ft.-by-3-ft. piece of flotsam many believe is a wing-flap from Malaysia Airlines Flight 370, which vanished en route from Kuala Lumpur to Beijing on March 8, 2014, with 239 people on board.

It was the unremarkable final stretch on what may turn out to be the wing-flap’s remarkable journey—if indeed it is a wing-flap, and if it turns out to have actually come from MH370. Sources in Boeing have told CNN they are ”confident” the flotsam was part of a Boeing 777, and experts have little doubt the part came from the doomed jetliner. That would mean this debris could have been drifting on ocean currents for more than 500 days for some 2,500 miles, or the equivalent to driving Route 66 from New York to Los Angeles.

Yet what is more remarkable is what more it can tell us. It could, for example, nix ongoing search efforts, which are currently focused around 1,000 miles off the coast of Perth in Western Australia. Authorities have scoured 21,000 square miles of a 23,000 square mile search zone in an operation costing well over $100,000 million, and which has involved thousand of flights, dozens of ships and several submarines. They are now poised to head south and double the search zone’s size.

On Friday, Australian deputy Prime Minister Warren Truss told a press conference that he was “confident” this zone was the right one “based on continuing refinement of the satalite data.” He added: “We will continue to concentrate on the southern end of that identified area.”

However, according to Erik van Sebille, a lecturer in oceanography at Imperial College London, the flotsam’s very appearance in Réunion—if it is proven to come from MH370—would mean that searchers have been looking in the wrong place.

“If you take into account the currents in the Indian Ocean, then you can trace the flow backwards from the northern part of the search zone,” he tells TIME. “It would exclude the southern part as anything that drifts from there would go eastward into the Pacific Ocean.”

Following the discovery of the supposed debris—spotted on a pebble beach by an eagle-eyed government worker named Johnny Bègue—helicopters have been scouring Réunion, which lies around 600 mi east of Madagascar, for more. Reports of luggage fragments are currently being investigated. However, van Sebille also believes such efforts are largely misplaced, factoring in the frenzied nature of the ocean’s currents.

“The ocean currents are not like highways. They are not really simple and predictable—they are actually quite chaotic. It’s a bit like the weather,” he says. “It’s just like how San Francisco is typically used to the westerly wind, but every so often it might come the other way—it’s the same for the ocean.” 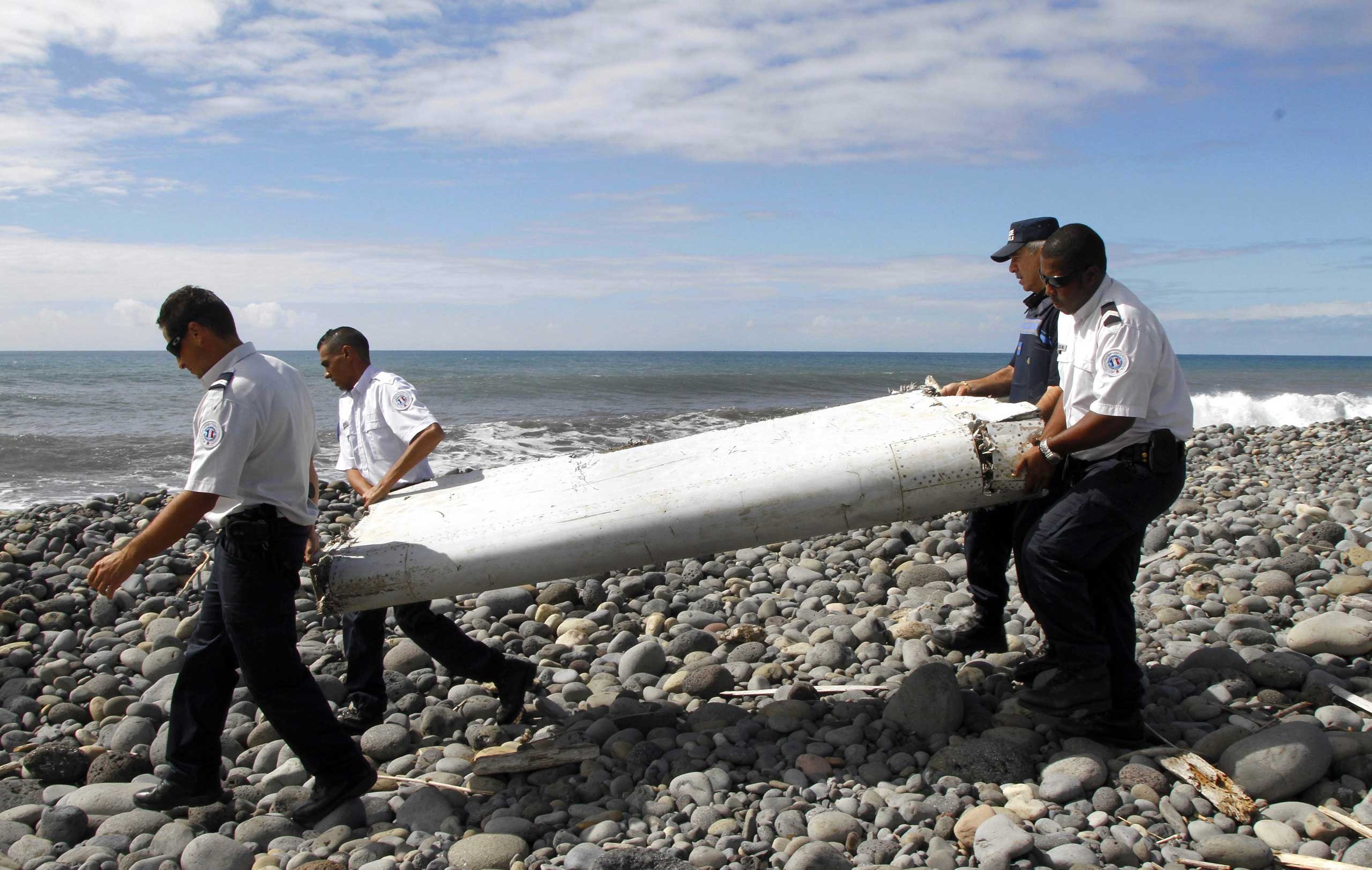 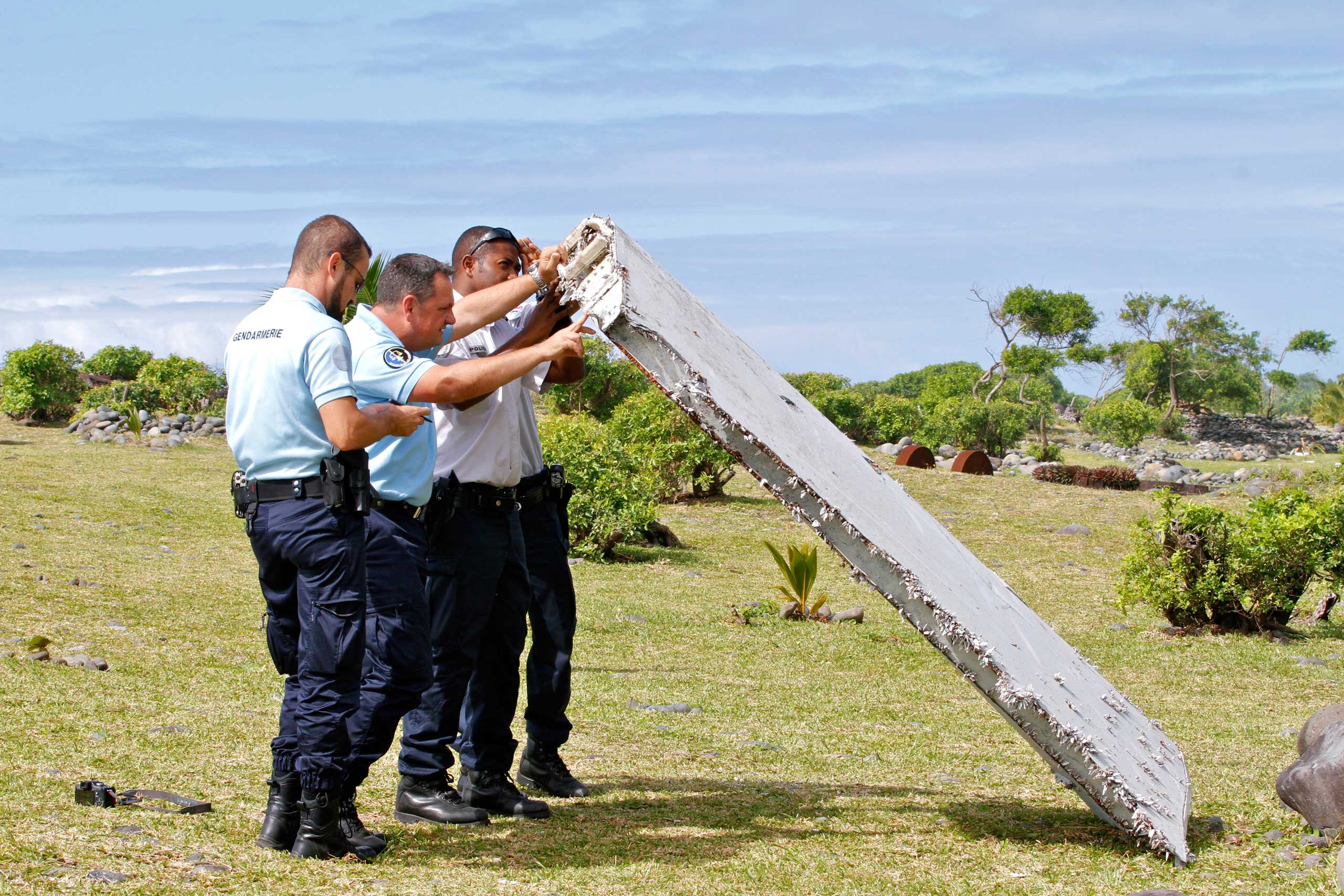 French police officers inspect a piece of debris from a plane in Saint-Andre, Reunion Island, on July 29, 2015.
Lucas Marie—AP 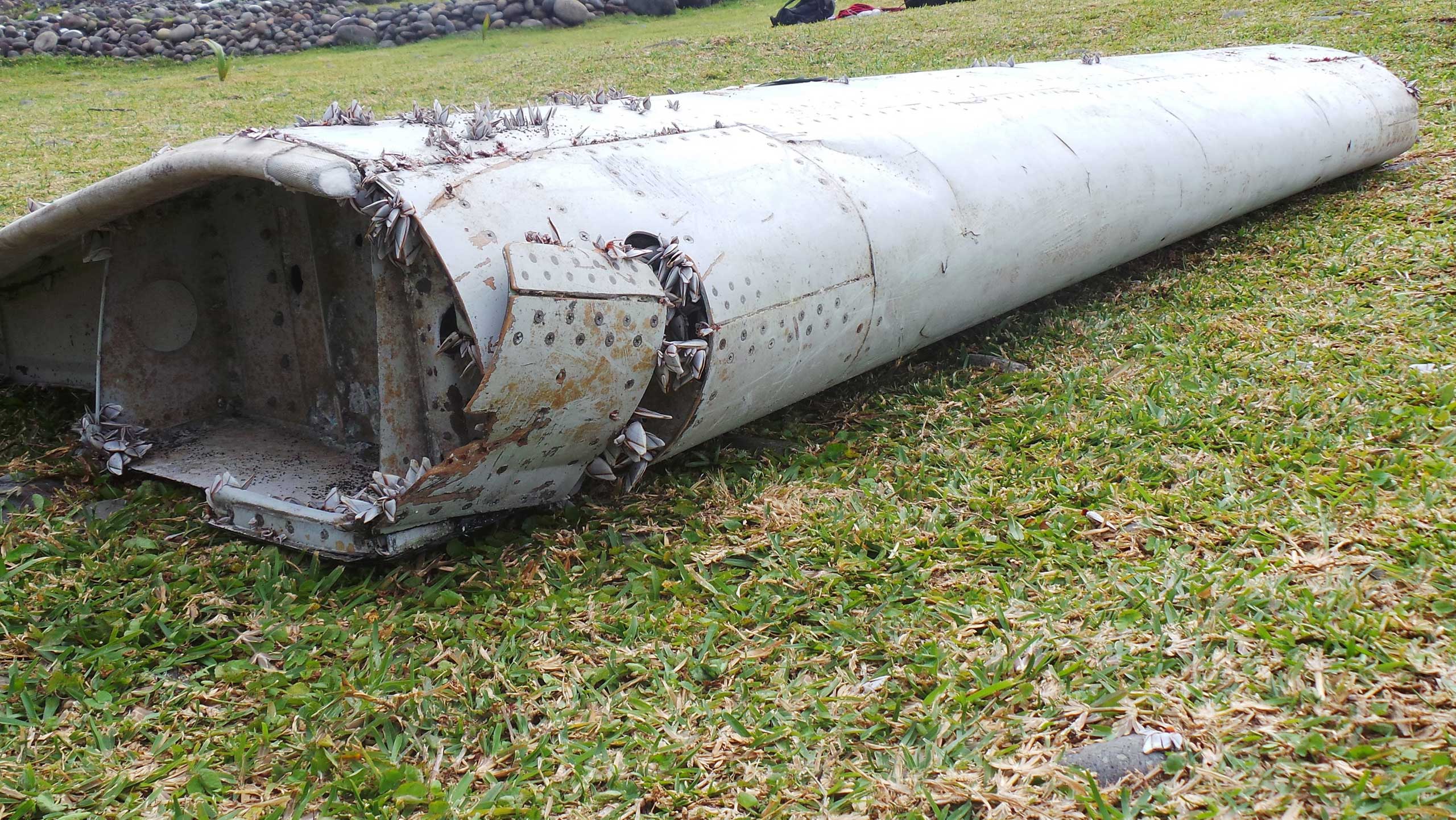 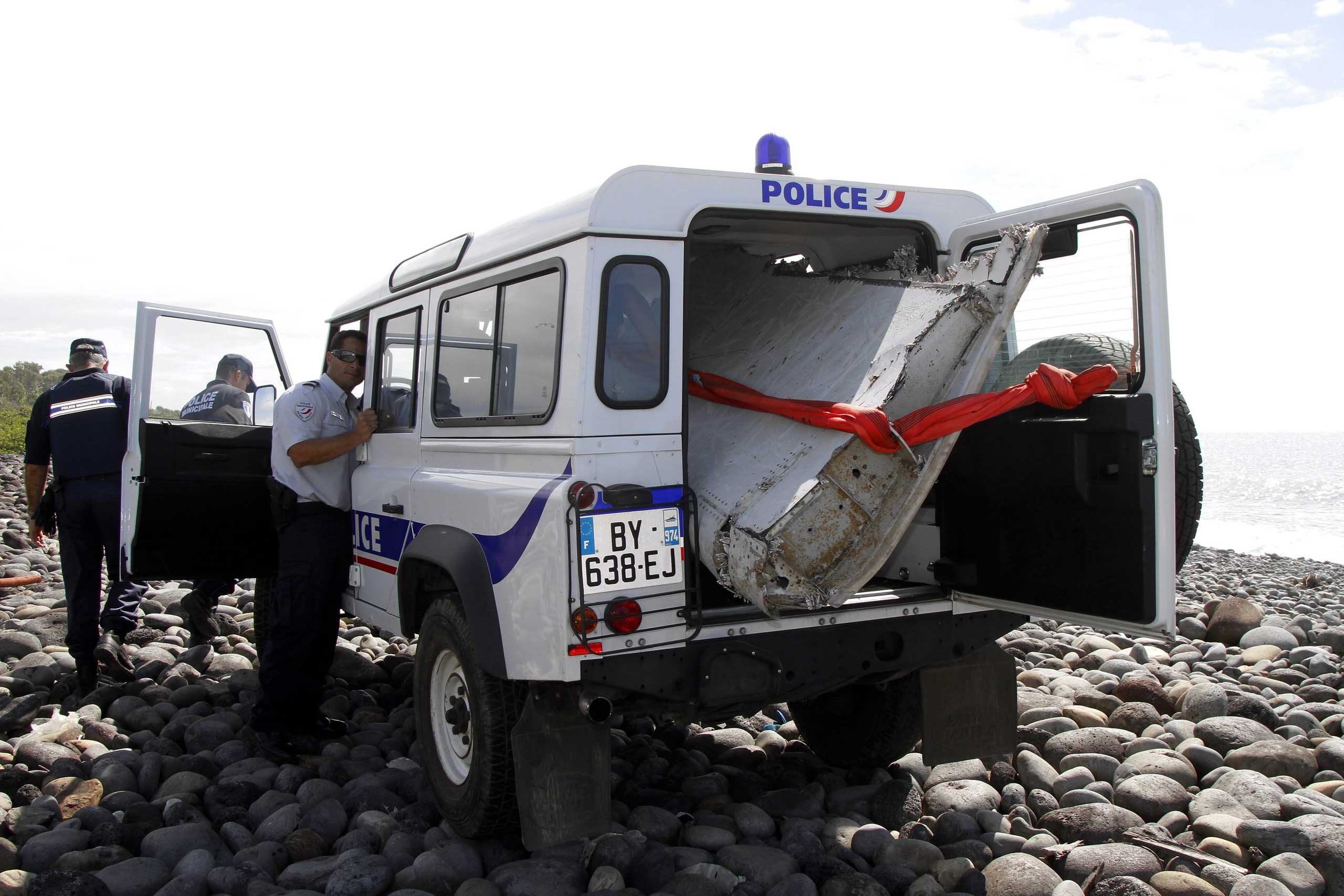 Plane debris found on the Indian Ocean island of Reunion is to be transported to France for investigation, on July 30, 2015.
Raymond Wae Tion—EPA 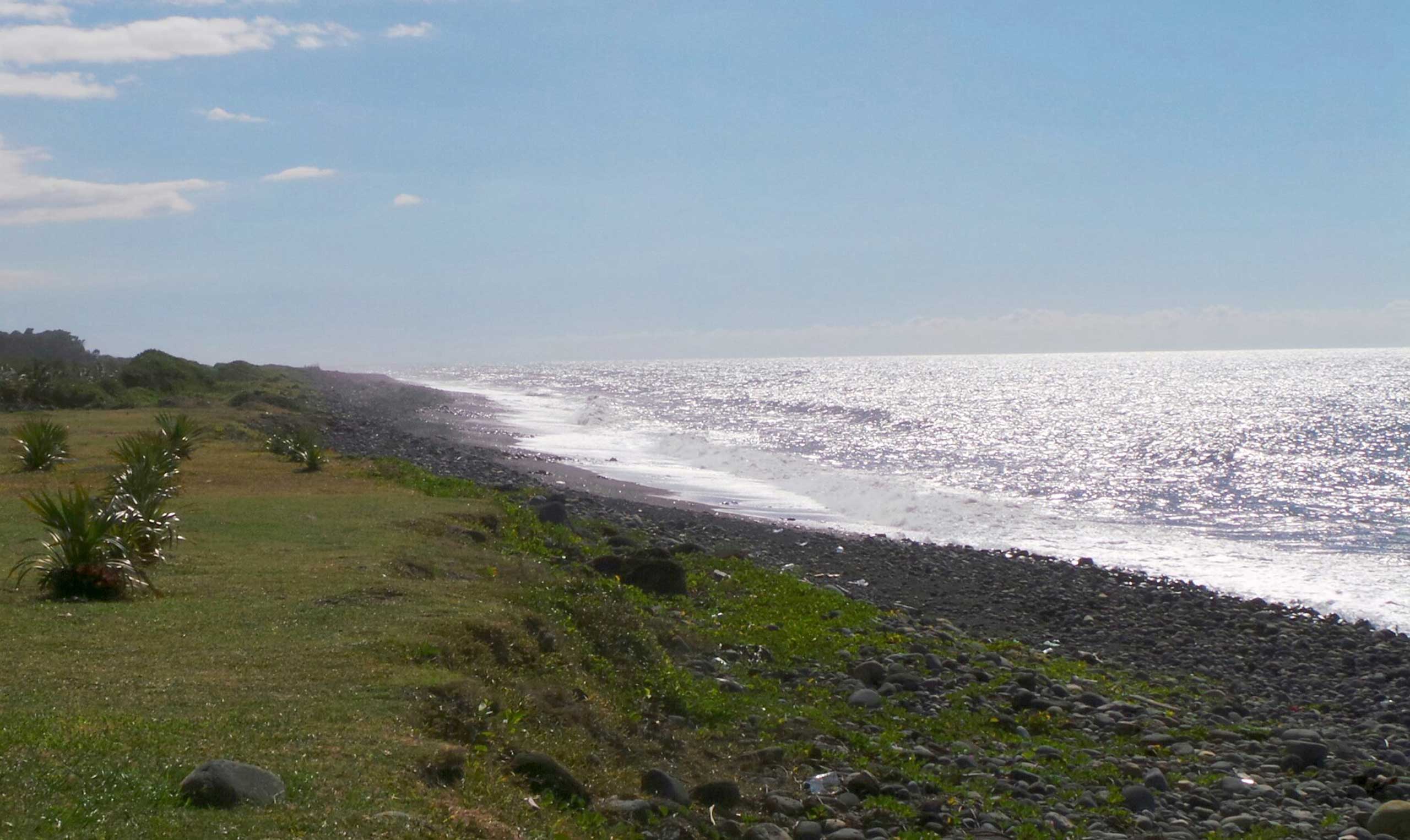 General view of the beach where a large piece of plane debris was found on Wednesday in Saint-Andre, on the French Indian Ocean island of La Reunion, on July 30, 2015.
Prisca Bigot—Reuters
1 of 5
Advertisement

Experiments with GPS-tracked objects, released 30ft apart in the ocean, have resulted in them drifting hundreds of miles apart within just a month. So while the broad strokes of the ocean’s currents can be mapped, conclusions are typically ambiguous. By tracing the currents from Réunion back to the search zone, “our best hope is that we can perhaps pin down the region to perhaps a few hundred miles, which will still be very large,” says van Sebille.

The barnacles clinging to the wing-flap can also tell a story. Very quickly, investigators will be able to tell from their size how long the object has been in the water, meaning that even if serial numbers cannot categorically prove the object came from MH370, identifying the plane model, combined with time adrift, could remove reasonable doubt.

As there are more than 1,000 species of barnacles in the ocean, with their provenance depending on myriad environmental factors, Benny K.K. Chan, associate professor of marine biology at National Taiwan University, says that it would also be possible to lead back to a specific crash site by identifying certain varieties.

“There are some species of barnacles that have very distinct distribution, and so if you get some of these then maybe you could get some hint from where this wing-flap has drifted,” he tells TIME. “But from the pictures I can only see the lepas genus, which are common to nearly all floating objects.”

Experts are due to examine the flotsam at a laboratory in Toulouse, with conclusions expected in the next day or so. But the value of the wing-flap—again, if MH370’s wing-flap is what it actually is—increases exponentially should more debris be found, especially, and perhaps surprisingly, if it is found far from the original discovery.