One week after fighting off a shark during a televised surf competition in South Africa, surfer Mick Fanning returned to his home in New South Wales, Australia to brave the waves for the first time since the attack.

Filming his return to the water at Hastings Point on the Tweed Coast Saturday was 60 Minutes Australia, and in a trailer for Sunday’s upcoming show, it appears that Fanning had another shark encounter, Aussie newspaper the Courier-Mail reports.

The trailer shows the three-time world champion hugging his mom Liz before hitting the waves, then jumps to Fanning clambering onto a jet ski after spotting another shark.

“There he is,” says Fanning pointing to the ocean and telling a reporter he has seen a shark. “Straight out, I just saw it.” 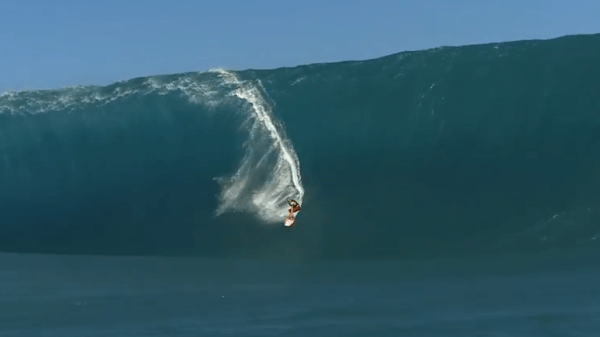 Watch This Surfer Survive a Massive Wipeout
Next Up: Editor's Pick