Earlier this week, three morning show anchors made a rookie mistake when they tried to take on noted alpha chick Cara Delevingne in a battle of wits.

Clearly expecting a bubbly (and rather brainless) supermodel, the Good Day Sacramento anchors failed to grasp the subtleties of 22-year-old Delevingne’s British humor, calling her “irritated” and criticizing her lack of “oomph.” After the supermodel/actress/singer signed off, the hosts tried to play it off like they were “just joking” when asking Delevingne condescending questions about preparing for her role in Paper Towns, but it was clear they were not happy with her sarcastic answers.

(Read next: TIME’s interview with Cara Delevingne on the set of her new movie)

Lest someone else try to take on fashion’s raddest female, we’ve rounded up five reasons why Delevingne is not to be trifled with:

She’s a Call of Duty Champ

Delevingne is a highly trained soldier well acquainted with the weapons of warfare. Okay, maybe not in real life, but the supermodel can whip some butt in Call of Duty. She’s made her affinity for COD well know and even told Grazia Daily she prepared for the 2013 Victoria’s Secret Fashion Show with a marathon.

Joan Collins Is her Godmother

One screen legend definitely has Delevingne’s back: her godmother Joan Collins. But the Dynasty actress thinks Delevingne is prepared to take on the world all on her own. “She doesn’t need any advice,” Collins said of her goddaughter in an interview with Express. “I am very proud and I think it is wonderful what she has done.”

Delevingne scored the role of June Moone – a woman who comes into terrifying magical powers that transform her into chaos-prone alter ego “Enchantress – in the hotly anticipated DC flick Suicide Squad. She’s holding her own in a star-studded cast of tough-as-nails characters – including Margot Robbie as Harley Quinn and Will Smith as Deadshot – that you wouldn’t want to run into in an alley at night. Or an alley at high noon. Or anywhere, ever.

She Has a Badass Squad

Delevingne is obviously a member of Taylor Swift‘s famous squad. But the Paper Towns star has a seriously intimidating gang of cohorts herself: she’s done nude photo shoots with Kate Moss; FaceTimes with Tyler, the Creator; and is more than happy to let RiRi grope her leg. If you want to mess with the supermodel, be prepared for her to phone a fearless friend.

She’s Not Afraid of Anything

Delevingne’s first tattoo was a lion on her right forefinger. Later on, the superstar proved that she truly has the heart of a jungle king when she casually put her finger in a cub’s mouth. Heads up, Sacramento: the woman has no fear. 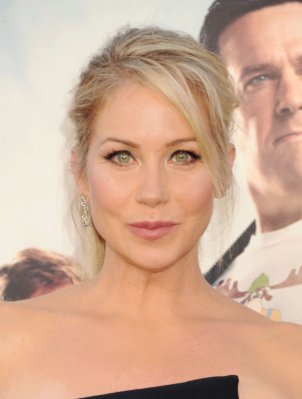