Obama Rallies Grassroots to Get 'Active' in Iran Deal Organizing

President Obama told grassroots organizers on a conference call Thursday to “get moving” on efforts to make their support for the Iran deal known to members of Congress.

“You guys have to get more active and loud and involved and informed,” Obama said on conference call Thursday.

Obama challenged the organizers to take an approach opposite what organizers took when Congress was mulling whether or not to authorize the Iraq War. His frustration with that effort, he said, was in the fact that everyone got “loud and active when it was too late.”

As Congress leaves for its summer recess, the Iran Deal will likely be a major topic of discussion at town halls and meetings in their districts

Obama’s strategy hit home with at least one organizer on the call, who spoke to TIME shortly after it ended.

“The still-raw memories of the Iraq war are the single motivating factor for those of us who are pushing for the deal,” says Ben Wikler, the Washington Director for MoveOn.org, who joined the call Thursday. MoveOn.org was one of the most active groups calling for diplomacy, not war in Iraq following the September 11 terrorist attacks.

According to the White House a wide-cross section of progressive groups were invited to join the call. At the outset, Obama thanked groups including MoveOn.org, the Truman National Security Project, and Organizing for Action for their support thus far on the nuclear deal with Iran. Wikler said it was “heartening” to hear directly from the President and to know that the White House is “pulling out all the stops” to ensure that the diplomatic agreement over Iran’s nuclear program comes into fruition.

“It makes all the difference in the world if you’re calling Congress, and attending town halls to know that there are people on your side,” Wikler says.

Wikler compared the tone of the call to one that could be experienced during an election season—Obama was forceful, direct, and adamant that the his bully pulpit alone won’t see the deal through a skeptical Congress. Wikler says his organization has a similar sense of urgency around the deal, which he says is their “overriding priority” leading up to the vote.

Thursday’s call made clear that the White House is leaving nothing on the table in its effort to garner support for the historic deal over Iran’s nuclear program. Members of the Obama administration have been actively lobbying Congress over the pending deal since it was announced on July 14. Cabinet members are making regular appearances on Capitol Hill and just Wednesday a group of House Democrats attended a working reception at the White House where the Iran deal was discussed.

Despite the White House efforts, opponents of the deal remain relentless in their efforts to block it and a hefty coalition of Congressional leaders are insistent upon keeping it from passing. Congress was given 60 days to either approve or reject the deal, though Obama has said he would veto any attempt to block it. 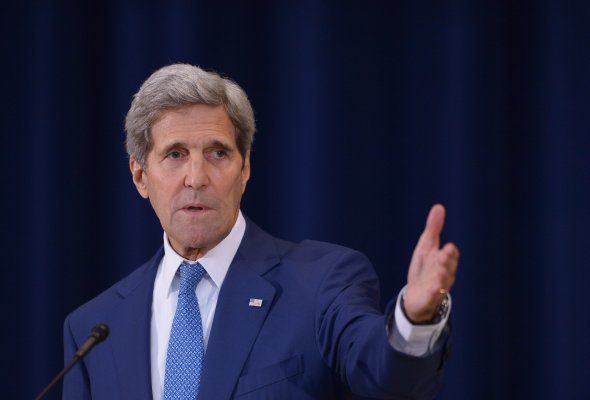 Cuba, Malaysia Get Off Human Trafficking List
Next Up: Editor's Pick