Zayn Malik poses for photographers upon arrival at The Asian Awards in central London, April 17, 2015.
Joel Ryan—Invision/AP
By Nolan Feeney

So much for wanting to be a normal 22-year-old. Zayn Malik, who quit One Direction in March of this year so he could “relax and have some private time,” is now getting ready to launch a solo career of his own after revealing on Wednesday that he had signed a deal with RCA Records. “I guess I never explained why I left,” Malik wrote in his Twitter announcement, “it was for this moment to be given the opportunity to show you who I really am!”

But when you’re formerly one fifth of one of the most popular bands in the world, getting a record deal is probably the easy part. Becoming a solo star in your own right is the real challenge—and how many boy-bands of the 1990s have produced a star who’s still relevant and successful today? Justin Timberlake is in a league of his own: he kissed his NSYNC days goodbye, survived a scandal like the 2004 Super Bowl halftime show, started an acting career and returned to music after a seven-year break with the biggest first-week sales of his solo career. Malik may want to show the world the “real me,” but that doesn’t mean there isn’t anything to glean from Timberlake’s career path. Here are a few lessons Malik could learn:

Find your own sound. Though NSYNC’s last studio album was more in tune with R&B and hip-hop than it is remembered for—the same album that produced “Pop” also spawned a Nelly duet—Timberlake defined himself in opposition to his former band by working with Timbaland and the Neptunes on Justified. The choice wasn’t the biggest risk in the music world, as those producers had notable track records with rap and R&B artists prior to hitting the studio with Timberlake. But the Pharrell we knew then wasn’t the Pharrell we know today—the Neptunes were only just starting to infiltrate pop with Britney Spears and No Doubt credits—and Timbaland hadn’t yet re-invented himself as a pop producer with Nelly Furtado’s Loose and Timberlake’s sophomore effort FutureSex/LoveSounds. For Malik, setting himself apart will be a little easier, as his self-professed love of R&B and hip hop pre-One Direction contrasts the band’s recent move toward the rock sounds of the ‘70s and ‘80s.

Take advantage of your new home. When pop fans fondly recall Justified, they probably aren’t doing so because of guest appearances from Janet Jackson, Clipse and Bubba Sparxxx. Yet Timberlake’s diverse slew of collaborators garnered interest from listeners who might have otherwise dismissed his solo efforts as more of the same. Malik, too, could also better articulate his identity as a solo artist by recruiting a few names, and any number of his new labelmates could widen his appeal as collaborators, or at least serve as inspiration. Usher kicked off his RCA career with the Diplo-produced “Climax,” one of the singer’s best songs in years. Tinashe’s mix of edgy beats (like last year’s DJ Mustard hit “2 On”) and mainstream pop ambitions (she’s been in the studio with Max Martin and Dr. Luke) earned her an opening slot on Nicki Minaj’s current tour and gave Nick Jonas some post-boy-band cred. Miguel’s smoky guitar fuzz, though more left-field than fans would expect from an teen idol, has made Wild Heart one of the year’s best albums so far. Or why not learn from the master? Timberlake himself is now one of Malik’s labelmates after releasing The 20/20 Experience with RCA in 2013.

Malik’s already aware of the possibilities. On Twitter after news of the deal broke, he retweeted one fan who wrote, “Zayn got signed to the same record label as Chris Brown, G-Eazy, Shakira, Justin Timberlake, Prince Royse and Alisha Keys JUST IMAGINE.”

Get personal. As One Direction got more involved in the songwriting process for their albums, their music also got better. Malik wasn’t driving that change as much as his bandmates Louis Tomlinson and Liam Payne were, at least in terms of the number of credits, but that doesn’t mean he won’t start now. Timberlake had a hand in writing every song on his debut solo album, a big step up from his NSYNC days, and he’s continued that hands-on approach on every subsequent release. Judging by Malik’s promise to show fans the “real” Malik, he already seems willing to put in the work.

Strike while the iron is hot. Timberlake made his solo debut at the 2002 MTV Video Music Awards—just a year after he finished touring with NSYNC in support of their third and final album, Celebrity. With his former One Direction bandmates saying the group’s upcoming fifth album is almost complete, Malik probably won’t beat them to the punch with an LP of his own. Yet Timberlake’s speedy transition from NSYNC member to solo star gave him a leg up over JC Chasez, whose talent equals Timberlake’s—even Timberlake has said Chasez was the better vocalist—but whose solo efforts floundered in Timberlake’s shadow. Comparisons to One Direction will be inevitable once Malik is ready to unveil new music, but the longer he waits, the more they’ll matter. 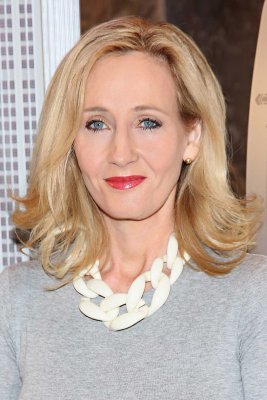 The 50 Most Important Things We've Learned From J.K. Rowling
Next Up: Editor's Pick