Here's How Much You Should Stand Each Day

We know that the amount of time we spend sitting each day wreaks havoc on our health, and in a new paper, researchers show that spending just two hours standing or moving around instead of sitting may have a real positive impact on our health.

In the new study published Thursday in the European Heart Journal, researchers had 782 men and women wear activity trackers 24 hours a day for seven days. The monitors tracked how much time the men and women spent stepping, sitting, standing, sleeping or lying down. The participants also provided blood samples and other measurements like blood pressure and weight.

With the data gathered from the trackers, the researchers used a mathematical model to estimate how the allotted time in each condition would impact the men and women’s health. Interestingly, they found that spending two extra hours a day standing instead of sitting was linked to better blood sugar levels and lower levels of fat in the blood (triglycerides). Specifically, more time spent standing was associated with a 2% lower average blood sugar levels and a 11% lower levels of triglycerides. Cholesterol levels showed improvement as well.

The findings also showed that spending an extra two hours moving instead of sitting was linked to a significant lower body mass index (BMI) and waist circumference.

The study cannot definitely prove that these tweaks to the amount of time spent sitting directly causes improvements in health markers, but the researchers note that the findings do fall in line with what’s known about the impact on the body of being active (or at least not being sedentary).

More research is still needed, but the findings support the longstanding advice that moving around is better for our health than lounging around, and suggest that any decisions to purchase a standing desk are not made in vain. 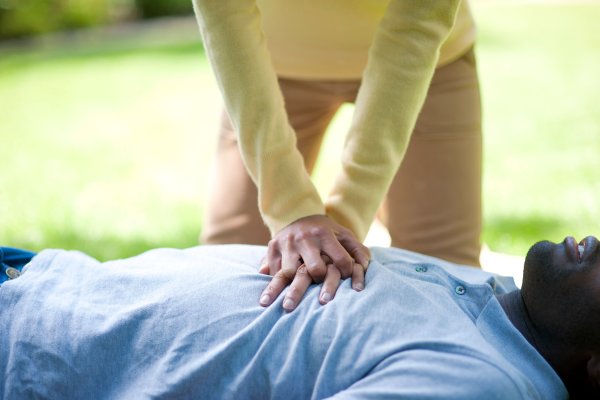 New Studies Show Importance of CPR
Next Up: Editor's Pick