Petition to Extradite Cecil the Lion's Killer Signed By 100,000

A petition to the White House calling for the American dentist who killed Zimbabwe’s beloved lion Cecil has attracted over 100,000 signatures in just one day.

The petition urges Secretary of State John Kerry and Attorney General Loretta Lynch to extradite U.S. citizen Walter Palmer to Zimbabwe for him to “face justice” for illegally killing the country’s “national icon.”

According to Whitehouse.gov, any petition that reaches over 100,000 signatures within 30 days requires a response from the government. The Cecil petition had 137,648 signatures at the time of publication.

Palmer, a dentist from the Minnesota area, has become a figure of global outrage when it was revealed he killed a beloved, 13-year-old lion in Zimbabwe. Palmer has since apologized and said he will cooperate with authorities, and said he did not know the hunt was illegal.

“To my knowledge, everything about this trip was legal and properly handled and conducted,” he wrote in an apology letter to his dental patients. “I had no idea that the lion I took was a known, local favorite, was collared and part of a study until the end of the hunt.” 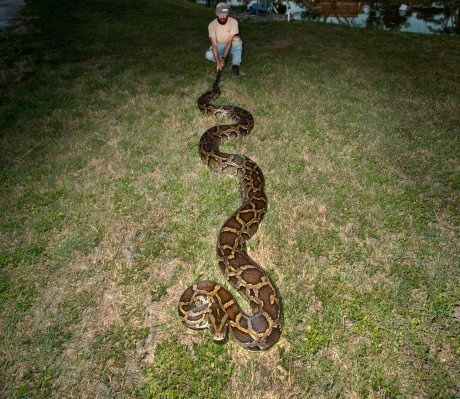 This 18-Foot Python Was Captured in the Florida Everglades
Next Up: Editor's Pick