Trading in his customary (and eBay-able) suit for the outfit of a middle-aged angler about to set out on an all-day fishing trip, Daily Show host Jon Stewart appeared at New York’s famous Comedy Cellar to perform a brief stand-up set on Wednesday night.

Stewart, whose 16-year run at the program will end on August 6, performed a 10-minute set at the behest of former Daily Show executive producer Rory Albanese, who now runs the operation at Daily Show spin-off The Nightly Show with Larry Wilmore. Albanese was kind enough to share an image of the outgoing late night host on stage:

As if Stewart’s cameo didn’t add enough excitement to the West Village comedy club, Louis C.K. performed a set of his own just before Stewart. “I could do this again,” Stewart reportedly said after leaving the stage—a comment which is sure to be blown out of proportion by exactly no one as the 52-year-old comedian concludes his Daily Show stint. 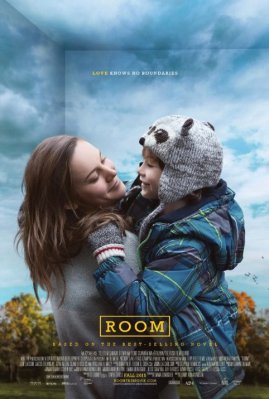 Here's Your First Look at the Emotional Room Movie Adaptation
Next Up: Editor's Pick