Cecil the Lion's Death May Not Have Been in Vain

The researcher who tagged and tracked Cecil the lion in 2008, has said that the loss of of the black maned wild cat may help them understand how to better conserve the wild cats in the future.

“If you remove a dominant animal from a lion’s social system there’s a huge amount of disturbance and that really helps us… understand how we can better conserve these animals,” said Dr Andrew Loveridge to the BBC.

While distressed by the news of Cecil’s death, the research fellow at the Department of Zoology in Oxford University sees the biggest threat to lions coming from overpopulation and not big game trophy hunters.

“Lions mostly die at the hands of people, not necessarily trophy hunters.” said the Loveridge. “They get killed in snares, they get killed when they come into conflict with people over livestock and that’s really what threatens lions.”

There was international outcry over the hunting, maiming and killing of Hwange National Park’s most beloved lion by Minnesota dentist Walter Palmer. Two Zimbabwean men have been charged for “failing to prevent an unlawful hunt.” Palmer, who is now back and in the U.S. and has expressed regret over shooting the animal, could also face charges. 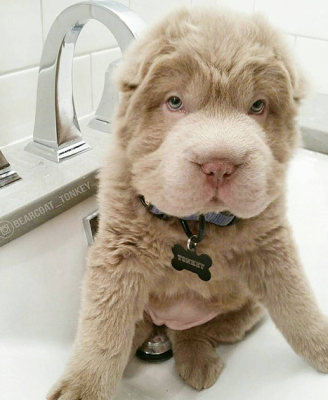 This Adorable Teddy Bear Dog Is About to Take Over the Internet
Next Up: Editor's Pick