As the World Mourns Cecil the Lion, Asia Is Taking Steps to Protect Its Own Big Cats

A rare Amur Tiger cub, aged four months, plays with its mother Tschuna as it experiences its reserve for the first time at the Yorkshire Wildlife Park near Doncaster, northern England on July 29, 2015.
OLI SCARFF—AFP/Getty Images
By Rishi Iyengar

Asia has been taking stock of its tiger population.

The Bhutan government announced Wednesday—World Tiger Day—that its first-ever national survey revealed a total population of 103 tigers. This represents an increase from the previous estimate of 75, an encouraging sign. Two days earlier, survey results from the Sundarban forests in Bangladesh showed that the tigers there also numbered just over a hundred.

Countries like India, Russia and Nepal have consistently reported higher numbers over the past few years, but Burma, Thailand, Malaysia and Indonesia are yet to conduct reliable and comprehensive censuses, and tigers have all but disappeared from countries like Vietnam, Laos and Cambodia.

“It really is a sort of North-South divide,” Mike Baltzer, leader of the global tiger program at the World Wildlife Fund (WWF), said in an interview with TIME. “The countries in Southeast Asia have not quite yet got the levels of investment and commitment specifically to ensure that we’re not going to lose tigers in those countries,” he explains.

The poaching of tigers in Asia remains a perpetual problem—Baltzer says it is “as big a problem as it is in Africa,” but has not seen the kind of sudden surge that the killing of lions, elephants and rhinos has. “Tiger poaching has just been continuously going on and hasn’t spiked like it has in Africa at the moment,” he said. “If there’s a sudden change in the demand patterns in China or Vietnam, the places where there’s a strong demand, we could see the same spike in tigers because many of the countries are really not prepared for an onslaught like we’re seeing in most of Africa.”

Tigers are hunted for their bones, claws and teeth, all of which are used in traditional Asian medicines.

Baltzer remains cautiously optimistic about the future of the world’s tiger population, particularly since Tx2, an initiative to double the global tiger population by 2022, was adopted by the Asian countries five years ago. India has since reported a population increase to 2,226, up from 1,706, while Russia and Nepal are believed to have 540 and 198 tigers respectively.

But the absence of focused government investment and inadequate anti-hunting measures could lead to a rapid unraveling of the tiger population’s recent strides forward.

“We mustn’t take our foot off the pedal,” Baltzer warns.“Any slip could bring us back to that precarious position we were in just a few years ago.” 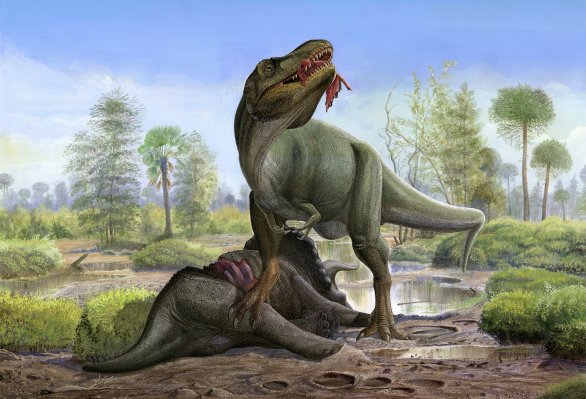