A young woman in Hong Kong has been sentenced to jail for three and a half months for assaulting a senior police officer with her breast during a protest over cross-border trading, the South China Morning Post reports.

Ng Lai-ying, 30, was convicted early in July and was sentenced on Thursday. The authorities have suggested that Ng pushed against the officer with her breast in order to accuse him of indecent assault in what deputy magistrate Michael Chan Pik-kiu termed an inappropriate use of her “female identity.”

According to the Post, Chan told the court that he had to hand down a deterrent sentence in case “the public might mistakenly think it is a trivial matter to assault police officers during protests.” He also said that he had received threats in connection with the case.

Ng, who was remanded two weeks ago with three other defendants, has been released on bail pending an appeal, the Post reports. 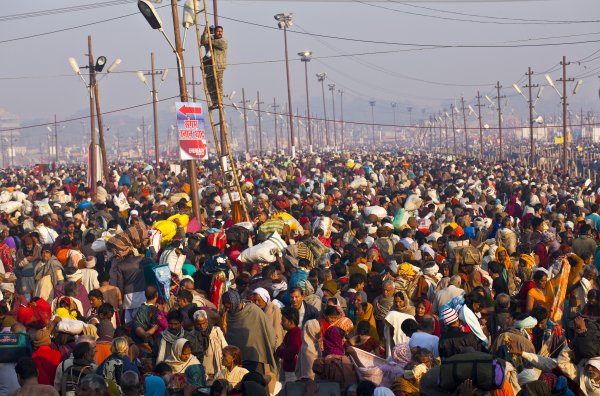 India to Be World's Most Populous Nation by 2022
Next Up: Editor's Pick