The social-media uproar continues against Walter Palmer, the man who shot and killed Cecil the lion — the star attraction of Zimbabwe’s Hwange National Park.

Palmer, a dentist from Minnesota, has already faced a huge backlash from some pretty high-profile personalities, including Jimmy Kimmel and Piers Morgan.

Other celebrities have taken to Twitter to express their ire towards Palmer.

Mia Farrow ended up in hot water when she tweeted out Palmer’s address, which had already been publicized extensively on Twitter. Many protesters have since gathered in front of his practice, which remains closed as a result of the scandal. Farrow eventually apologized and deleted the tweet.

Sharon Osbourne, famed wife of rocker Ozzy Osbourne, went on quite a Twitter rampage against Palmer, comparing the game hunter to Satan.

Other celebs called for Palmer to be stripped of his dentistry license and even his citizenship.

But Ricky Gervais, who had previously shamed a teenage girl who, like Palmer, killed giraffes and lions for fun, took a much sadder tone, lamenting the death of the animal instead of explicitly calling Palmer out. 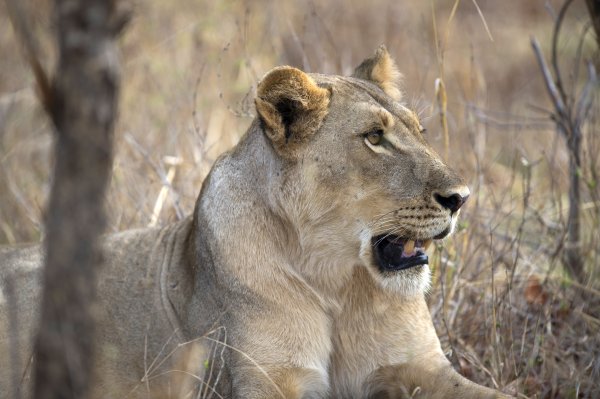 Who's Really Killing the Lions of Zimbabwe?
Next Up: Editor's Pick