Six weeks after setting her candidacy into high gear, former Secretary of State Hillary Clinton’s poll numbers are continuing to fall, according to a new Quinnipiac University poll released Thursday.

Across nearly every key metric, from trustworthiness to caring about voters to leadership, Clinton has seen an erosion in public approval, as likely Republican rivals have erased her leads in the poll. Clinton has a net -11 favorability rating in the poll, with 40% of the American public viewing her positively and 51% negatively, with more than 50% of independents on the negative side.

If the election were held today, Clinton would be tied with former Florida Gov. Jeb Bush and Wisconsin Gov. Scott Walker in the poll—down from significant leads in a May 28 survey—but would top the current GOP frontrunner Donald Trump.

The poll, which was conducted amid new reporting on the existence of classified information on Clinton’s private email server, found further declines in Clinton’s perceived trustworthiness, with 57% of Americans now viewing her as neither honest nor trustworthy. And as Clinton has invested heavily in a campaign designed to appeal to Americans who feel left behind in the economic recovery, a majority of Americans now believe Clinton does not care about the needs or problems of people like them. But while the numbers have softened in recent months, Clinton is continued to be viewed as a strong leader by 58% of Americans.

Despite her struggles in general election match-ups, Clinton’s position as a front-runner for the Democratic nomination remains solid with 55 percent of Democrats supporting her—roughly unchanged from a year ago. Vermont Sen. Bernie Sanders’ gains, meanwhile, have slowed. The May poll found the avowed socialist’s support spiking from 8% to 15% from a month before; this month he has the backing of 17% of Democrats.

Former Maryland Gov. Martin O’Malley, meanwhile, has struggled for recognition, with 76% of Americans and 78% of Democrats saying they don’t know enough about him to form an opinion of him. Despite intense campaigning and jabs at Clinton and Sanders, O’Malley only garners the support of 1% of Democrats, unchanged from two months ago. 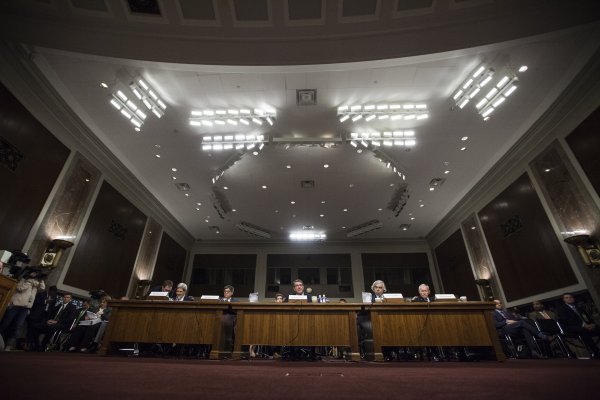 Drumbeats of Possible War With Iran Grow Louder
Next Up: Editor's Pick