When the Japanese surrendered in World War II, the historic news was all but eclipsed by the world-altering event that led up to it: the dropping of the atomic bomb on Hiroshima, which happened 70 years ago Thursday.

“The greatest and most terrible of wars ended, this week, in the echoes of an enormous event—an event so much more enormous that, relative to it, the war itself shrank to minor significance,” read TIME’s first sentence of the first story that ran the first week after. “The knowledge of victory was as charged with sorrow and doubt as with joy and gratitude. More fearful responsibilities, more crucial liabilities rested on the victors even than on the vanquished.”

It was clear to all then that a great force had been unleashed, and those who had survived the awful war would be left to try to harness it. In 1985, on the 40th anniversary of the bombing of Hiroshima and Nagasaki, TIME looked back at the legacy of the Atomic Age. As part of that special issue, Yoshitaka Kawamoto, the director of the Hiroshima Peace Memorial Museum, shared his memories of that day in 1945.

Kawamoto was a 13-year-old student at a middle school only about a half-mile from the site of the explosion. In the moment of impact, most of his classmates were instantly killed. Those left alive cried out, or sang to try to attract the attention of anyone who might help. The horror, however, had only just begun:

Read the rest of Kawamoto’s story, here in the TIME Vault: A Fire in the Sky 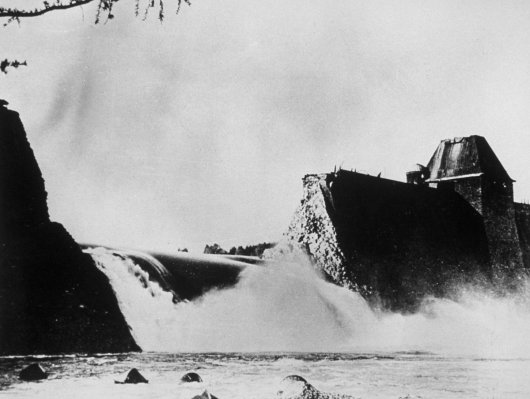 Why the World War II 'Dambusters' Mission Was So Important
Next Up: Editor's Pick