What are they? Scientists aren’t sure. They could be areas of exposed ice with chemical impurities, according to NASA, or the result of gas being released from within the moon.

“The red arcs must be geologically young because they cut across older features like impact craters, but we don’t know their age in years,” said Cassini imaging scientist Paul Helfenstein. “If the stain is only a thin, colored veneer on the icy soil, exposure to the space environment at Tethys’ surface might erase … 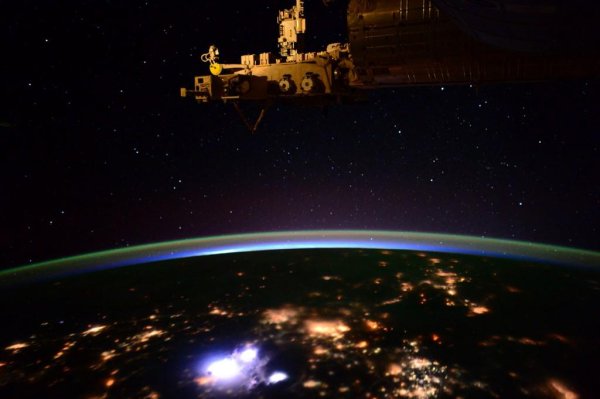 See the Best Photos From an Astronaut's Fourth Month in Space
Next Up: Editor's Pick