Billionaire Donald Trump may be leading in the polls for the GOP presidential primary, but former Texas Governor Rick Perry knows how he can beat his rival candidate. Asked about Trump’s critique of his candidacy, Perry challenged Trump to a pull-up contest.

“Let’s get a pull-up bar out here and see who can do more pull-ups,” Perry said at a speech Wednesday at the Yale Club in New York City, according to the New York Times.

Perry and Trump have been trading barbs ever since Trump questioned Arizona Senator John McCain’s status as a war hero. Perry condemned the remarks and called for Trump to drop out of the race.

In response, Trump has repeatedly questioned Perry’s intelligence, joked about his glasses and made light of his low poll numbers. 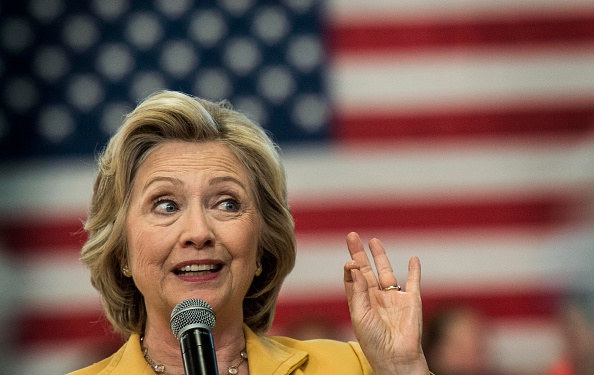 Here's What the Law Says About Hillary Clinton's Emails
Next Up: Editor's Pick